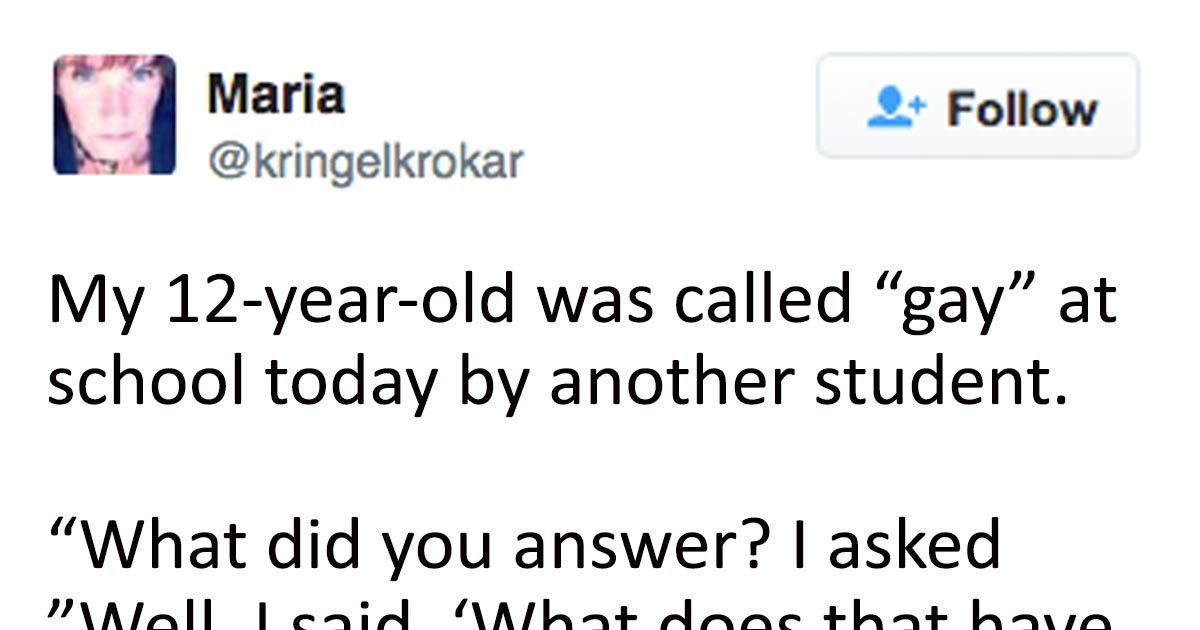 School is, and probably always has been, a tougher place than we adults think it is. Although not all of us were bullied in school, I think most of us know how it feels to be teased. And we may even have been the one doing the teasing. Anyway, it’s not always easy standing up and speaking out when you’re a student. 12-year-old Sebastian Holmstrom, of Sweden, however, has no problem doing just that. Despite his young age, he recently succeeded in putting a classmate of his in place when the other student called him “gay.” Not only that, he also managed to convey the message that no one should be questioned about their sexual orientation no matter what it is. After Sebastian’s mother wrote about the incident on Twitter, her tweet spread across social media. And after you read what he said to his bully, I think you’ll agree that Sebastian really deserves a round of applause!

It all started when Sebastian and some friends tricked his mom. They said they’d water the lawn, but their real intention was to have a water fight. When the six-graders came back inside, Sebastian’s hair was dyed pink. They all joked about it, but the 12-year-old was happy with his new hair color.

The following day, one of Sebastian’s schoolmates came up to him and called him “gay.” Sebastian, however, had just the right comeback.

“What’s that have to do with you? Are you interested in me?”

Sebastian’s response obviously had an impact, because the bully just swore and walked away. And the next day, he left Sebastian alone.

When Maria heard the story, she wrote about it on Twitter, where it was liked and shared by thousands.

“Someone wrote: ‘Amazing that such a young kid managed to respond this way!’ But it all depends on how much you talk about things like that at home. All children need to have open conversations about these things,” Maria said.

Maria is very proud that her son demonstrated such wisdom.

“Personally, I would have had to think a while before coming to that kind of wise answer. But he managed to reason quickly and responded on the spot. The word ‘gay’ is a description, not a term of abuse,” she said.

Sebastian sure deserves a round of applause, and I hope he inspires other young people to be as calm and wise if forced to deal with a bully.