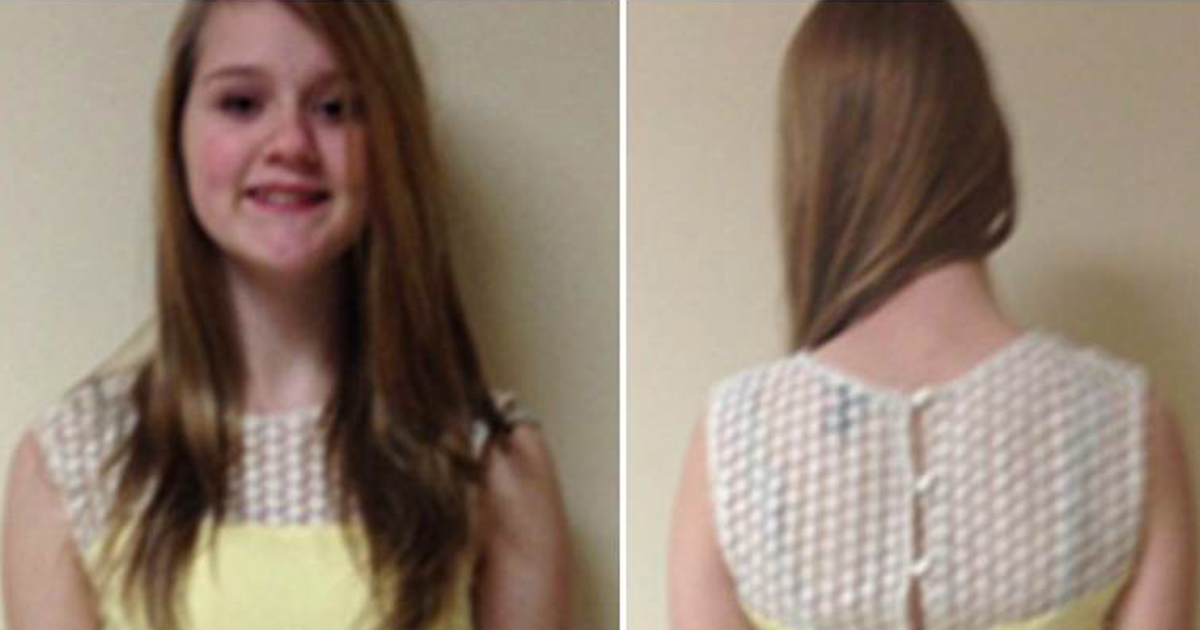 I remember how I felt preparing for dances when I was a teen. Expectations were sky high, and I’d always start planning my outfit long before before the big night.

Twelve-year-old Ari Waters was also excited for her school’s Valentine’s Day dance. She picked out a dress several weeks in advance and looked forward to having a lovely time. But the fun ended early for Ari that night when a vice principal kicked her out. The reason? She thought Ari’s dress was too revealing.

Ari settled on a pale yellow dress with white laces along the neckline and shoulders. She felt great and her friends complimented her on her look, but according to the vice principal, the dress was inappropriate. Can you see why?

The vice principal told Ari’s mom that the dress made her daughter’s arms look like “sexual objects.” She said that Ari is too young to show off so much of her arms, reports Local12 News.

The event provoked strong reactions from Ari’s community and beyond. Most people think Ari was treated unfairly and that the whole situation was degrading. What do you think?

Check out a news report on the story here:

Ari said she felt “dirty” and upset when she was thrown out of the dance, so she called her mom and ashed her to pick her up and take her home.

Ari is only twelve years old and had no intentions of turning herself into a sex object. Instead, she was treated poorly at an event she had been looking forward to for a long time.

Sometimes, we adults are the ones who should be learning from our kids. Please share if you also think the school’s vice principal acted inapproriately.