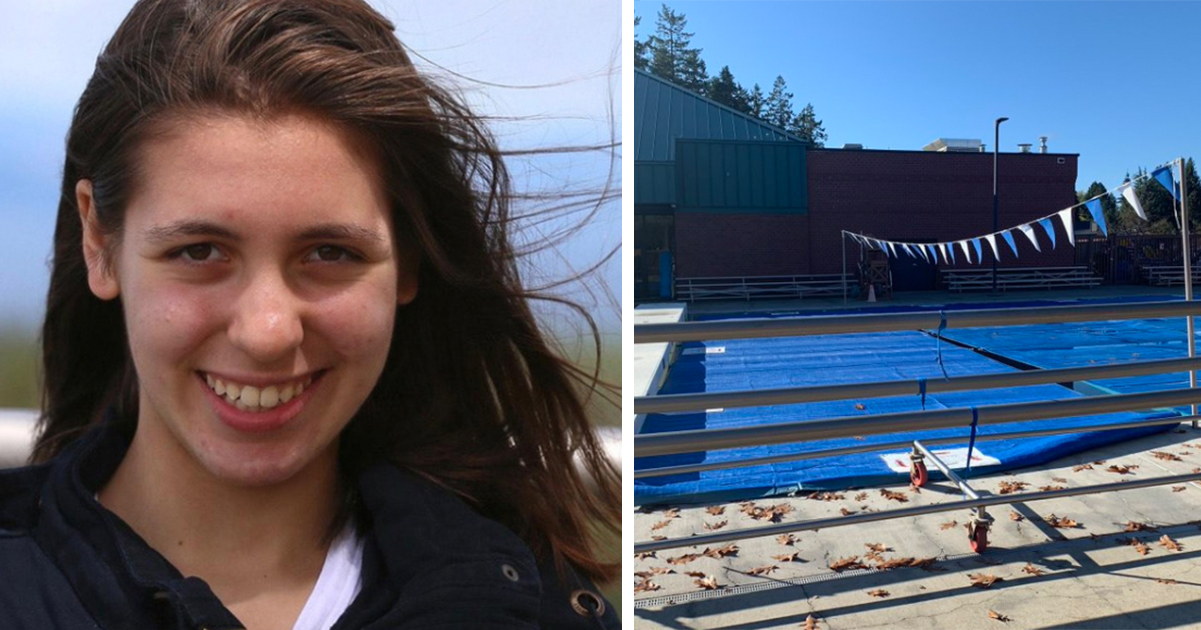 A teenage girl died after her swim team failed to realize that she was still in the pool when they pulled a heavy plastic cover over it.

As per tragic reports, 14-year-old Nabila Maazouz helped her teammates pull the cover above her heads after practice had finished, but none of them noticed that she hadn’t gotten out of the outdoor pool.

Following the incident, which occurred on November 20, 2019, her family has filed a $70 million wrongful death lawsuit against the city, the school district, and the company that makes the pool covers.

Nabila, a freshman at Oregon Episcopal School, had been practicing with her team on the night that she died. The team’s coach then told them to unfurl the covers at the end of practice, which Nabila and several teammates agreed to do.

They grabbed one cover, swam with it to the deep end of the pool, and then swam back to do the same with a second. After the second cover was placed, however, Nabila never resurfaced.

The rest of the swim team exited the pool and the coach turned off the lights. As per Nabila’s family’s lawsuit, no one noticed she was missing.

It was the teenager’s mother, waiting for her in the parking lot, who sounded the alarm when she saw everyone else leave. After a 20-minute search, Nabila’s body was found trapped under the covers in the deep end of the pool.

As per reports, the lawsuit accused Hillsboro Parks & Recreation Department and Hillsboro School District of being negligent for allowing the use of the pool covers, allowing swimmers to swim beneath them, failing to supervise them, not properly training staff, not having a lifeguard on duty, and for failing to realize Nabila never made it out of the pool.

“The thing that makes it so bad is that Nabila’s death was preventable,” Nabila’s mom, Patricia Maazouz, said.

“We hope this lawsuit will make changes in the aquatic industry to prevent further tragedy from happening.

“We continue living every parent’s worst nightmare. Those responsible need to be held accountable, and we don’t ever want another family to go through what we are going through.”

My heart goes out to the grieving family of this young girl. What a truly tragic and completely needless loss of life.

Please, share this article on Facebook to remind others to always remain vigilant where water is concerned.