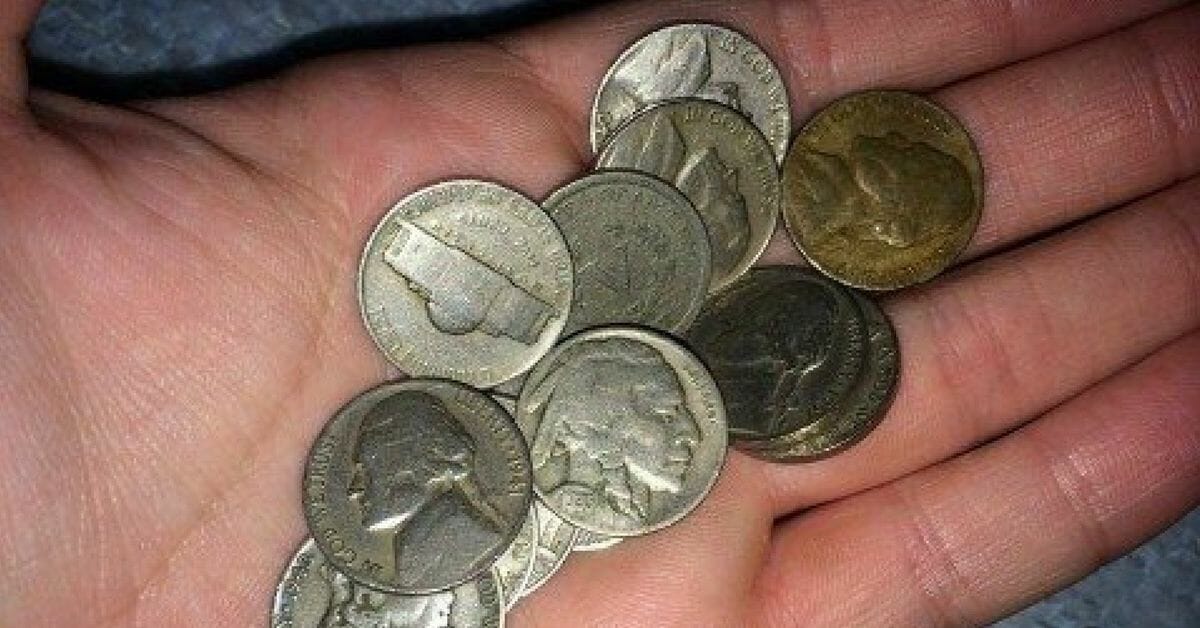 With the increase in digital payments, coinage and change are slowly but surely becoming things of the past.

But while your wallet may no longer be bulging with shrapnel, and it might not longer be worth carrying around coins with you, there’s still a value to certain coins that far exceeds most people’s expectations.

This is particularly pertinent when it comes to vintage or rare coins, some of which can be worth absurd amounts of money. So, get those hands down the back of your sofas, take a torch to the dark areas of your car and make sure you give a good once-over to all those hidey holes that might hold loose change … if you find any of the coins below, you could be about to make a windfall.

These babies are so rare that there are reportedly only nine left in existence. As a result, they’re potentially worth millions of dollars.

Don’t believe us? In 2016, a coin collector paid $2 million for the privilege of owning one.

If you own any nickels that look vintage, are from the 19th or 20th century, and have a face on them, you could be in for a nice surprise.

Take them to a coin appraiser and ask for a professional opinion. The Liberty head, Shield, and Buffalo nickel can be worth a few thousand dollars each.

In the 1940s, the U.S. Mint made pennies from steel and then coated them in zinc after. The special coin above, however, was created from copper.

Now, there are fake editions floating around – which are worth less than the one cent they proclaim to be – but the real ones can be worth as much as $10,000.

Does the coin in the picture above look blurry to you? If so, good. It should.

The double image effect was created due to a slight skew during the minting process. In 1955, just a few thousand of these were released – most of them were rendered as change from cigarette machines.

What you should be looking for in this one is the “S” on the head side, which indicates it was made in San Francisco.

On the tail side, meanwhile, keep an eye out for the “1941” printed upside down above the word “Dollar”.

The reason they’re worth so much? Yeah, we don’t understand it either, but it’s because the “AM” in America is closer than it should be.

Only fifteen of these are thought to exist.

Wisconsin minted millions of quarters in the year 2004, but a few thousand somehow ended up with an extra leaf being marked on a husk of corn.

Grease build-up in the coin dye is the reason for the letter T not being colored as the others are. It happened on the official motto of the United States – of course it did – and the coin can be worth hundreds of dollars thanks to the mishap.

Yep, that is a coin that depicts a buffalo with what looks like a long spear through its abdomen.

If you’re the lucky owner of one of these coins you could be holding something worth more than $1,000.

A few coins above we had “In God We Rust”. Well, this coin doesn’t have a missing “T”, so much as a missing everything.

Look closely and you’ll see that these coins have no motto, despite being George Washington dollar coins minted as they should have been. They can be worth hundreds to thousands of dollars – who knew a gaffe could be so valuable.

In the late 1940s, Ben Franklin and eagle half-dollars were in circulation.

After John F. Kennedy’s assassination, however, the coins were replaced in 1964.

They might not be so rare or princely as some of the other coins on this list – virtue of having been around for 20 years or so – but the Franklin half-dollars can still fetch at least $100.

You’ll always find a letter on coins to distinguish where they were made.

We say always, but that’s not entirely truthful. On their Roosevelt dime, the Philadelphia Mint once forgot to put the “P” on their coins.

They realized the mistake quickly and so only produced a small number. If you have one, though, they can be worth up to $300.

We probably shouldn’t need to tell you this, but if you own coins from the 19th century then you should get them to a coin appraiser before too long.

One of these 1804 silver dollar coins was auctioned at a whopping $3.7 million. Another was sold for $4.14 million.

There are only 15 of these coins known to exist today, so don’t hold your breath when it comes to finding one in your piggy bank.

There was a time when $20 coins existed. At the same time, there was a U.S. Mint chief engraver called Charles Barber, who chose to remove “In God We Trust” rather than Saint-Gauden’s complicated design.

That controversial decision means that these coins are valued at, wait for it … $7 million.

They might not be worth millions of dollars, but owning certain Wheat Pennies can bag you hundreds of dollars.

Well, that’s all we have in terms of overpriced coinage, but we write this in the hope that just one reader may be that bit richer after assessing their own coin collection.

You can help us by SHARING this article. You never know, one of your friends or family members on Facebook might be sitting on an absolute gold mine and not even know it.