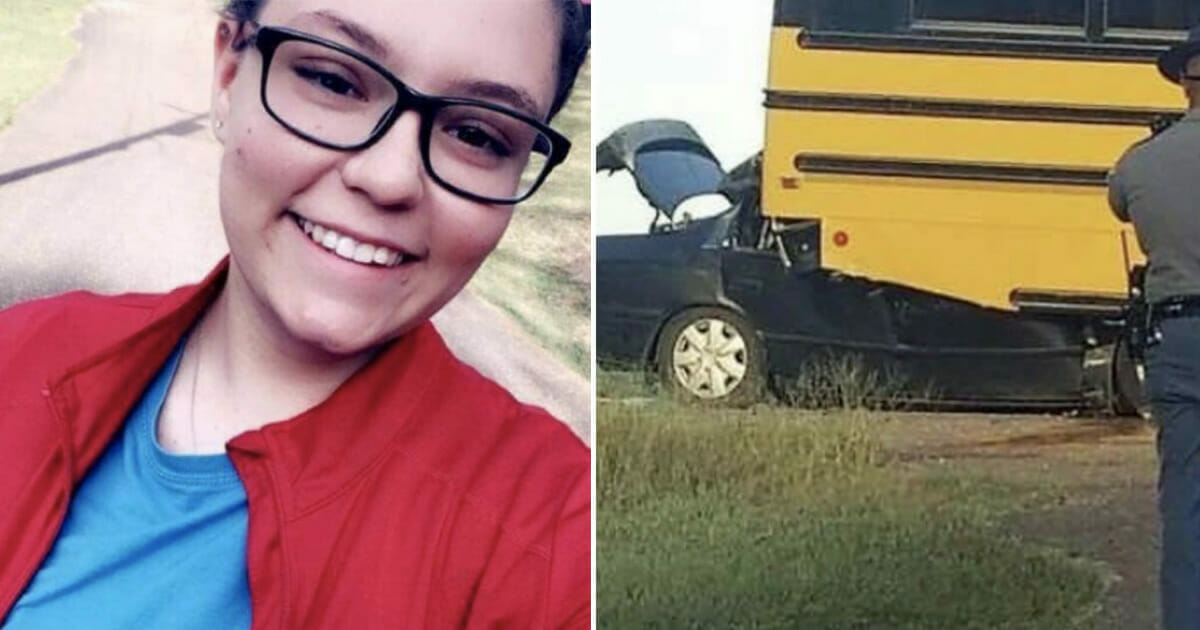 It’s a warning that can’t be given too many times: Don’t use your phone while driving.

That said, it’s something almost  all of us fall foul of one time or another. I myself have done it on occasion before, which I’m far from proud of.

After reading the story of 17-year-old Katelyn Ray, however, I’ve determined to never leave my phone within reach when I’m driving again. Remember, if you do use your phone when behind the wheel, you risk not only hurting yourself, but others as well.

The story took place early in the morning on September 5, 2018. Katelyn was on her way to pick up her big sister from work …

It wasn’t long after that before the Mississippi police received a call about a serious car accident. What they found at the crash site will remain in their memories forevermore.

Katelyn hadn’t seen the school bus that had slowed down in front of her on the highway. Tragically, she crashed into the back of it without braking, hitting the vehicle ahead at high speed.

There were more than twelve schoolchildren on the bus that morning. Fortunately none of them were physically injured and were taken to school via another bus. Things, however, did not end so well for Katelyn.

It was at the site of the crash that one of the first responders took a picture of the accident to warn others.

Katelyn had been killed instantly. When police searched the wreckage they found she still had her phone in her hand.

The police now believe she had her eyes on her phone instead of on the road, which is why she didn’t realize the bus in front of her had slowed down so much.

The driver of the car was 17 years old. No black marks because she never hit the brakes and she still had the cell phone in her hand when they removed her from the car.”

It was Katelyn’s mother, Shelia, who had asked her daughter to pick up her big sister than morning. It was the last conversation the two of them would ever have.

When Katelyn didn’t show up at her sister, Courtney’s, work place at 7am, it was assumed she was simply delayed. By 7:30am Courtney had started to grow concerned and so published a post on Facebook asking if anyone had seen Katelyn.

It was soon after that the family was given the devastating news.

EXCLUSIVE – The family of 17 yr old Katelyn Ray provided me with this picture of her. Ray was killed in a school bus crash in South Panola County today. She was a proud aunt and working on her GED. RIP. pic.twitter.com/rVyrdviLAv

It’s always a terrible tragedy when such a young soul is taken away from us, but even more so when it’s in an accident that could have been avoided.

Our thoughts go out to Katelyn’s family. Nothing can give them their beloved daughter back, but it’s my hope that this can be a warning for all others who use their phone whilst driving.

Share this article on Facebook so that more people can be aware of how bad it can be to take your eyes off the road for just a second.