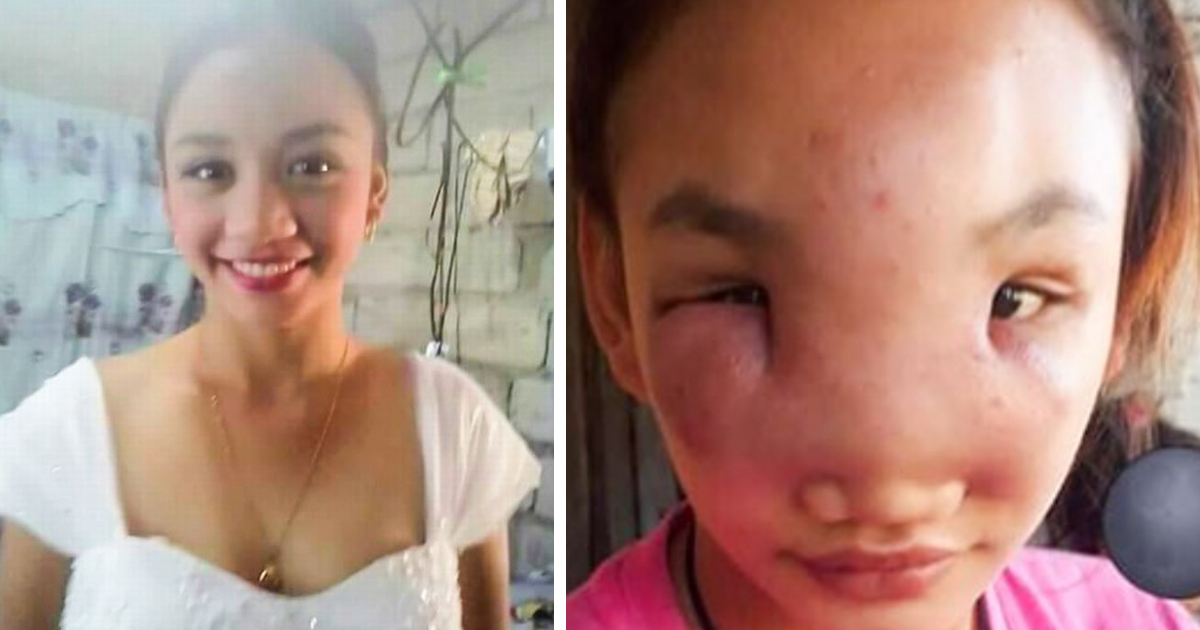 A teenage mom from the Philippines has been left blinded by a mystery illness caused by her squeezing what she thought was a zit on her nose last year.

As per the Daily Mirror, 17-year-old Mary Ann Regacho was left with severe facial swelling when she popped what she believed to be a zit caused by hormones after she gave birth to a baby boy aged 16.

Yet Mary was left with great pain in the days following, pain which eventually began to spread across her face.

The 17-year-old, who hails from Nueva Ecija in the Philippines, described it as being “like a balloon inflating”.

Sadly, the growth continued to spread, engulfing a large portion of her face and now leading to blindness as it covers her eyes.

“I thought it was only a common pimple, but it hurt so much I could not sleep at night. I tried everything to cure it but nothing worked.” Mary said.

“Now, I feel like my face will never be the same again.”

The teen’s husband, Albert Sales, who works on a neighbor’s farm, was left at a loss as to how to help his wife. The couple have been unable to afford treatment due to their lack of a steady income, and can’t find medicines to remedy the situation.

Having lived in extreme discomfort for a year, Mary checked herself in to be examined. From there, she was transferred to a bigger hospital, though her family were unable to pay the necessary medical bills.

In desperation, Albert has now turned to asking others for help. He reportedly appeared in a video begging for charity.

“I want to ask kind people for donations so we can finally send my wife to a hospital,” Albert said.

“We only earn enough for ourselves and our one-year-old baby so I can’t afford her medical bills.”

What a truly scary prospect. I can’t even begin to imagine the pain and worry Mary must be in, through no fault of her own.