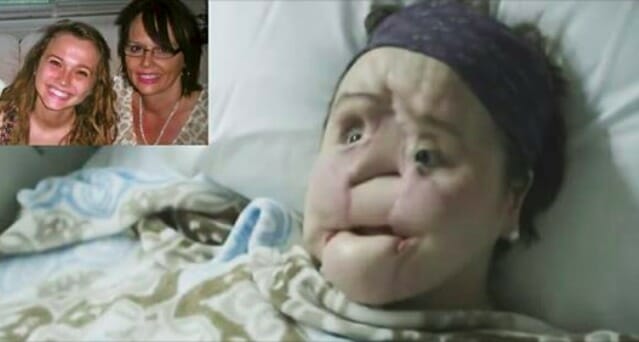 Teenage years can be a rough time for even the most ‘popular’ teenager. And many do everything they can to fit in.

You have to have the right clothes, listen to the right music and have the right interests. Fortunately, as you grow older, what seemed so incredibly important then remains just a memory.

I remember just how insecure I felt as a teen. I was terrified to become one of the “rejects”; one of those no one wanted to sit next to in class and was not invited to parties.

I don’t think I was particularly mean towards anyone, but I certainly didn’t make any real efforts to socialize with those who had been rejected either. Perhaps that made me as bad as the bullies who actively mocked them.

I’m glad that my teen years are over, even though I managed relatively well through them. But if I could go back, I wish I had stood up more for those who were weak.

Katie was a very sensitive teen in high school and dreamed constantly of having a boyfriend. But when she finally did, something happened that would irreversibly change her life forever: she discovered a text message from another girl in her boyfriend’s cell phone.

The breakup made her feel that her life had ended and she soon made an impulsive decision that she would come to regret for the rest of her life.

We know it isn’t wise to make important decisions when you’re sad or emotional, but that’s exactly what happened in Katies’ case.

Following her heartbreak, Katie felt her life simply wasn’t worth living anymore. She rushed home to her brother’s house, picked up a gun and shot herself in the face. She was sure the shot would take her life.

But someone or something appeared to be watching over her that day, and miraculously, she survived. Nevertheless, she had also nearly shot off her entire face.

In an emotional interview with BBC, Katie’s father recalled what doctors said when she was taken to hospital.

Just the thought that Katie would live the rest of her life in a vegetative state was unbearable for her family.

But the worst part was the knowledge that Katie had done this to herself.

For several months, no one knew how things would turn out. Would Katie ever be able to leave the hospital? Would she need assistance for the rest of her life? And how would she look?

Thanks to an amazing team of doctors, Katie was given a second chance: the option of transplanting a brand new face. Katie wasn’t entirely sure about how she felt about the idea, but she did not have much choice.

“There was a chance to get my life and my face back at some point. At first, it was a very difficult decision because I knew someone would have to pass in order for me to have that face,” she said.

But the more she thought about it, the more Katie began to accept the idea of a new face.

Three years and 22 preparatory operations later, it was finally time for the complex transplant.

Eleven doctors worked for over 30 hours to move Adrea Schneider’s face to Katie’s. The result was better than anyone could have ever hoped for.

Watch the video below to see the doctors’ incredible work for yourself.

I think Katie will regret her decision for the rest of her life. But she had a second chance of life, something that no one thought possible.

Feel free to share Katie’s story with your friends, it may be a good wake up call for someone who is not feeling well and having destructive ideas.

I think this story helps us appreciate our lives a little more. Unfortunately, I think we are very good at focusing on what we do not have, rather than what we have.