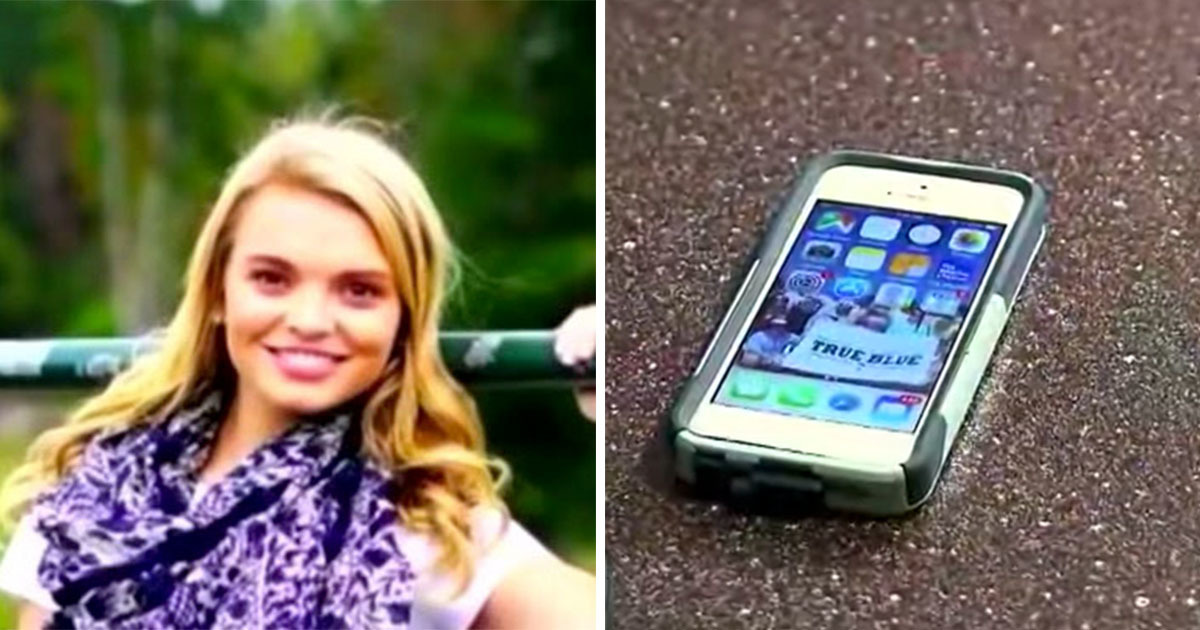 Just a month before graduation, 20-year-old Emily Clark died in a terrible car accident. Emily’s grieving family thought that any record of her last days on earth were lost forever, until Emily’s sister dreamed that her late sister’s cell phone had survived the crash.

20-year-old Emily Clark was a passionate nursing student who was very close to her family and friends. They all remember her as a caring, positive, and ambitious young woman who was determined to complete the training she needed to land her dream job. But in April 2015, not long before graduation, fate took an awful turn.

Emily was riding in a car with four other students, and the car collided with a tractor-trailer on a highway in Savannah, Georgia. All that was left of the car was scraps, and Emily’s life was taken away at far too young an age.

Like most other girls in their 20s, Emily liked to take pictures with her cell phone. She diligently filled her cell phone camera with pictures of her family, friends, boyfriend, and the fun times they had together.

After Emily’s death, her sister Hailey had a strange dream. In it, she saw Emily’s cell phone lying on the spot where Emily died—and it still worked.

Emily’s dad thought it was impossible, given that the car was totalled after the crash. But it turned out, he was wrong.

Six months after Emily’s death, the police called to say that they found her cell phone, and it still worked.

Emily’s phone was full of pictures of her boyfriend, friends, family, and, of course, Emily herself.

“It definitely brings joy to our heart, like she had come alive,” Emily’s father told Inside Edition.

Imagine what our dreams can tell us! Please share this video if you were touched by this story.