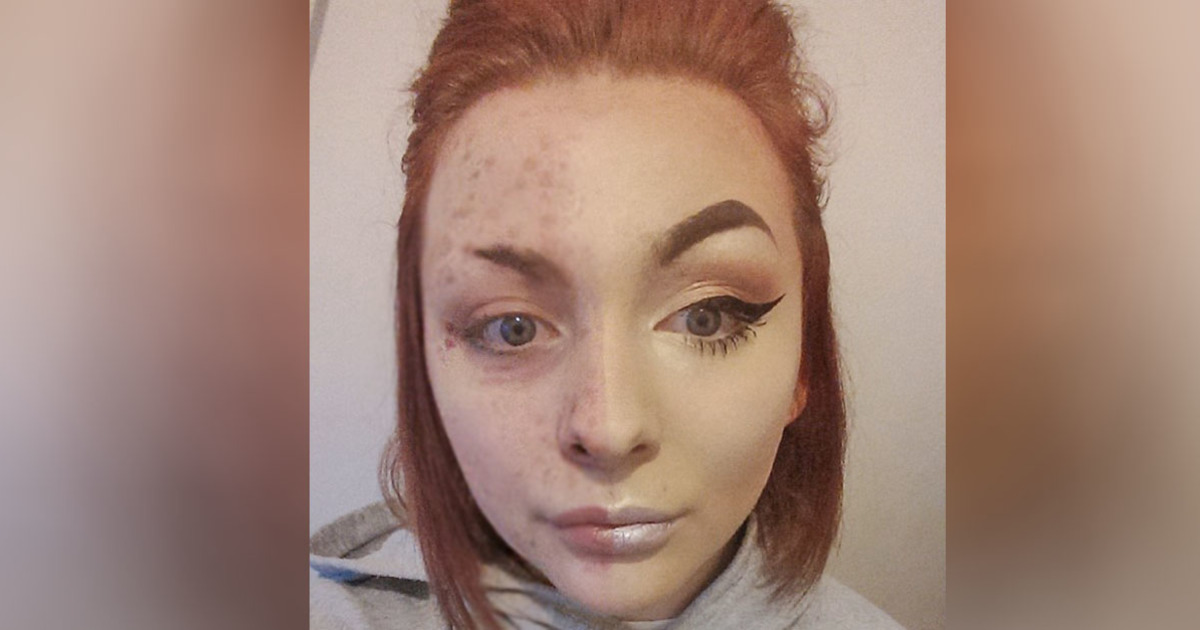 Sophia Ridlington, 22, recently decided to reveal the heartbreaking truth about her skin condition.

As a teen, she was diagnosed with psoriasis, a skin disease that forms thick, silvery scales and painful red patches on the skin.

“My skin often cracks and bleeds, which causes me so much pain,” Sophia told The Mirror.

For a long time, the 22-year-old was embarrassed about her skin. If she dared go out without makeup, people stared at her or walked the other way.

So Sophia always put on makeup and wore long-sleeved shirts and pants whenever she left home.

But when she was with her boyfriend, Sophia tried to be herself—something that unfortunately led to their breakup.

“My ex-boyfriend didn’t stick by me and it broke my heart at the time, he didn’t appreciate me for who I was,” says Sophia.

Despite the personal setbacks and stares from strangers, Sophia has learned to embrace her skin.

Now, her self-confidence and self-esteem are stronger than ever.

Part of the reason? She took courses to become a makeup artist—a long-time passion of hers.

“I love to wear make me and to work with makeup, it gives me something to focus on,” said Sophia.

Sophia admits that makeup makes her feel prettier because it helps hide her skin.

But she also works hard to raise awareness about psoriasis and show others that how they look on the outside isn’t what matters.

And that’s why Sophia decided to share photos of herself both with and without makeup on Instagram.

Sophia hopes to inspire others to embrace their bodies and be proud of themselves.

Psoriasis is one of the most common diseases worldwide, affecting about 3 percent of the global population. This means virtually everyone has a relative, friend, or neighbor with the disease.

Besides the physical pain of having psoriasis, many people also suffer from the shame and guilt associated with the disease. It’s something that we need to change together.

I’m both touched and impressed that there are people out there like Sophia, who has the courage to talk openly about psoriasis and let people know what it’s like to live with the disease.

The least we can do is share her story and help her inspire others!