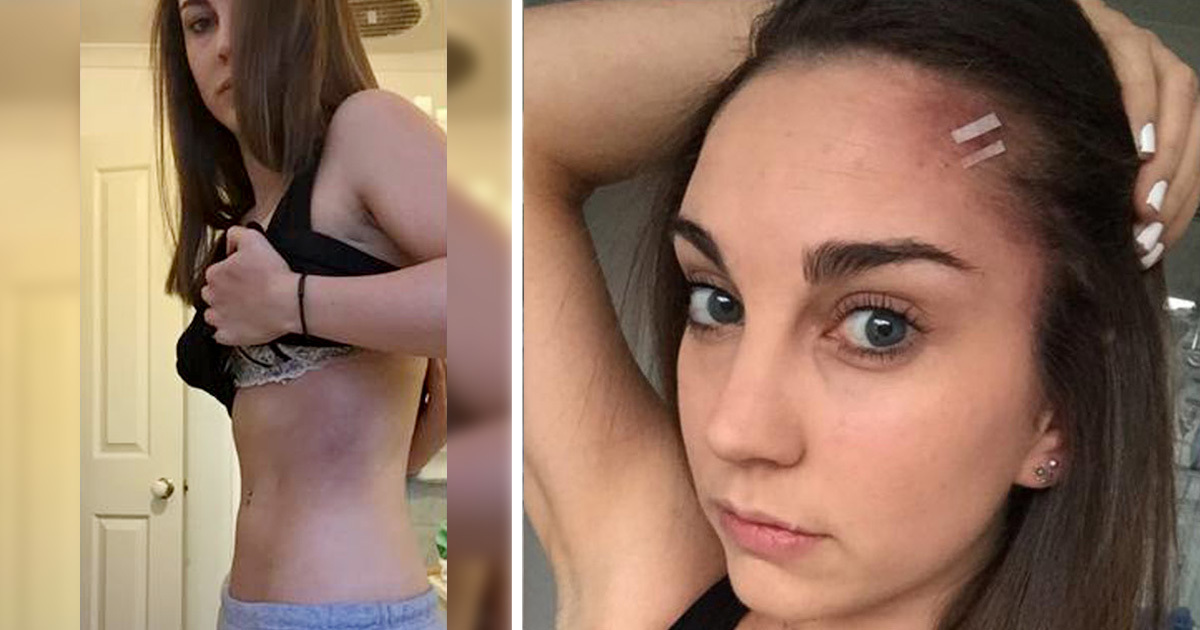 Taela Davis was attacked by a stranger in broad daylight near her home in Melbourne, Australia.

The guy hit her so hard that she fell to the ground. Then, he got on top of her and tried to pull off her shirt.

But what the attacker didn’t know was that Taela had been practicing karate for 15 years and was a second-degree black belt.

The event took place in May 2015, but we’re writing about it now because it shows the power of learning self-defense skills.

Taela, then 25 years old, was lying there on the ground with the attacker on top of her. Suddenly, she felt the adrenaline kick in and decided she had to get out of there alive.

“I thought ‘I don’t want to be another statistic of a female who gets attacked when they’re out’ and I made the decision then to fight back,” she told the Daily Mail Australia.

Taela managed to get one of her legs free and kicked the man and made him lose his balance. Then, Taela realized the guy wasn’t going to give up and her only hope was to try and hurt him as much as possible.

“I punched him in the face and made his nose bleed, but that didn’t really do as much as I’d hoped. He grabbed both my arms so I couldn’t hit him again so I ended up headbutting him, which was really painful,” she said. “Then I managed to get some distance in between us and decided to knee him the groin and ribs repeatedly.”

Finally, a passerby noticed what was going on, and the attacker was spooked and ran off.

Taela suffered two cracked ribs, a concussion, and a lot of bruises. But if it weren’t for karate, the story could have ended much worse.

According to Taela, the man was about 5’10” (180 cm) and in his 20s or early 30s. He attacked her from behind and she didn’t hear him coming because she was listening to music on her headphones.

Taela later wrote about the event on Facebook. In her message, she encouraged others to learn martial arts so they can protect themselves.

You’re an inspiration, Taela! We hope the guy learned his lesson and never tries to hurt anyone again!

Please share this story to encourage more women to learn to protect themselves in case the unthinkable happens!