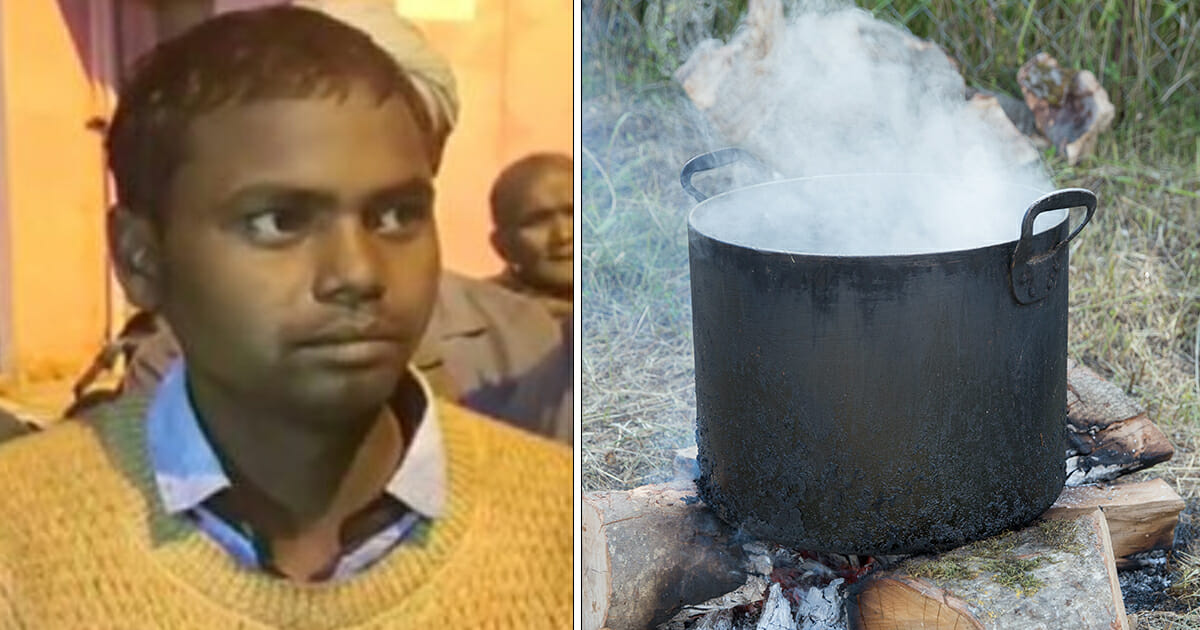 Anyone who has ever raised a young one will know just how close an eye you must keep on them at all times.

As children grow and develop the ability to move around and interact with the world dangers present themselves. I can’t tell you the amount of times I’ve had to take something from my young one’s hands, or intervene just before he does something that’s likely to injure him.

Sadly, incidents slip through the gap and it’s difficult for adults to be monitoring children every second. Most of the time this leads to nothing more than a lesson a young child will learn the hard way. Sometimes, however, it can have tragic consequences indeed.

A three-year-old girl in India has died after falling into a boiling pot of food. Reports state the toddler was at a school in Rampur Atari village for a midday meal scheme on Monday, February 3, when the harrowing accident took place.

It’s said she was playing in the kitchen with other children when she tripped on ‘construction material’ and fell into a boiling pot of cooking food.

What’s more, the victim’s family claim the cook was wearing earphones and so didn’t know the children were playing close to the stove. They only realized the girl had fallen into the pot when they saw other children screaming and running away.

The three-year-old’s father told news site ANI that the cook scurried away in fear when they saw what had happened. The girl was rushed to a health clinic with severe burns, but sadly later died.

India Today reports that the child is believed to have been enrolled at a child care center attached to the school. An investigation has been ordered.

“Directions have been given for the immediate suspension of the headmaster of the school. The Basic Education Officer has been asked to lodge an FIR. Action will be taken against the people responsible.”

It’s said the six cooks who were on the school premises on the day of the incident have been taken into police custody.

Our hearts break for the family of this poor little girl. Tragedies like this are always shocking, but even more so because they’re so often avoidable.

Share this article to send prayers and well wishes to the family of this little girl taken far too soon.