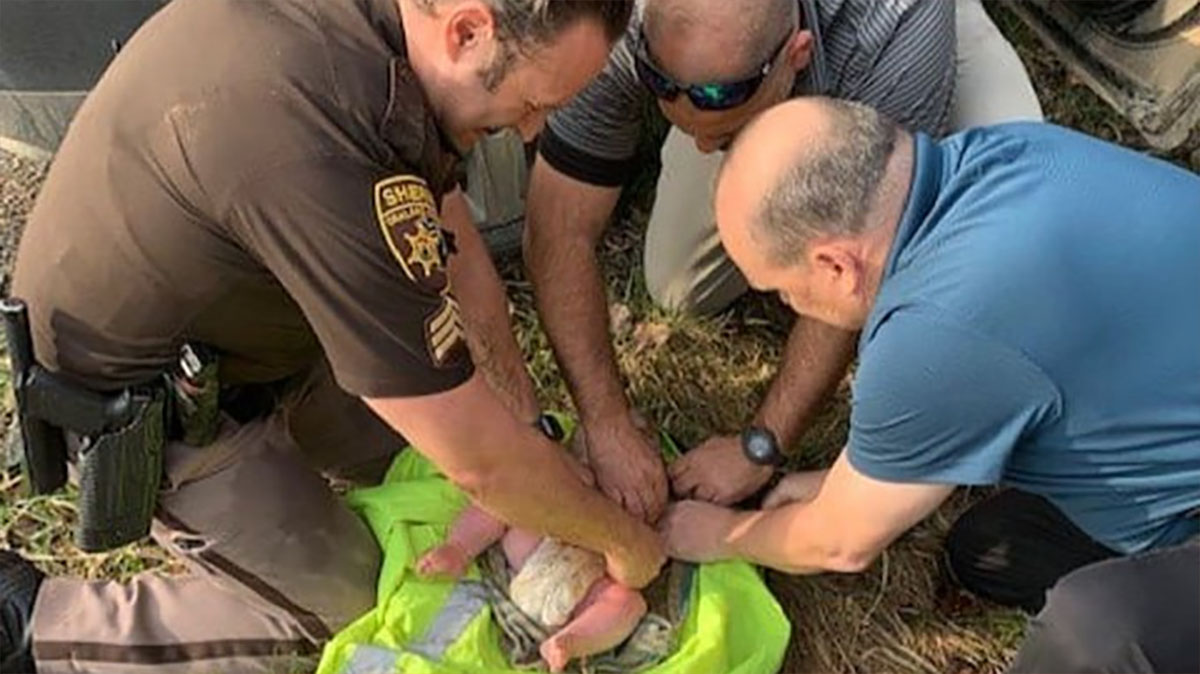 A 4-month-old baby boy has been discovered lying face down in a wooded area in a hypothermic state.

The baby was found on the banks of Orion Township Creek, in Pontiac, Michigan, clothed in a wet sleeper on Wednesday morning.

He is said to be in a good condition and is currently in hospital receiving treatment under the care of child protective services.

Oakland County Sheriff’s Deputies made the discovery after a callout to a woman in distress and acting strangely, hiding in bushes and ringing people’s doorbells.

“Thankfully, deputies were able to determine a baby was missing, which triggered an immediate large response and search, and they were able locate the child,” Sheriff Michael Bouchard said, as per Fox29 News. “Their quick work avoided what could have been an unspeakable tragedy.”

On finding the baby boy deputies removed his wet sleeper and wrapped him in warm blankets before taking him to hospital.

The residents who reported the woman said she appeared distraught and said she believed someone was chasing her with guns.

During an interview with the 37-year-old woman they learned she had an infant son and set about getting as much information from her so they could locate the baby.

A Sheriff’s K-9 unit helped in the search along with 13 Sheriff’s patrol cars and the Sheriff’s drone and aviation unit.

Thirty minutes after learning the infant was missing, deputies discovered him in the wooded area, cold and wet but breathing, as per Fox29 News.

A warrant is being sought for the mother’s arrest on suspected child abuse.

I’m glad this baby is now safe and well and I hope his mother gets the help she needs. Please share.