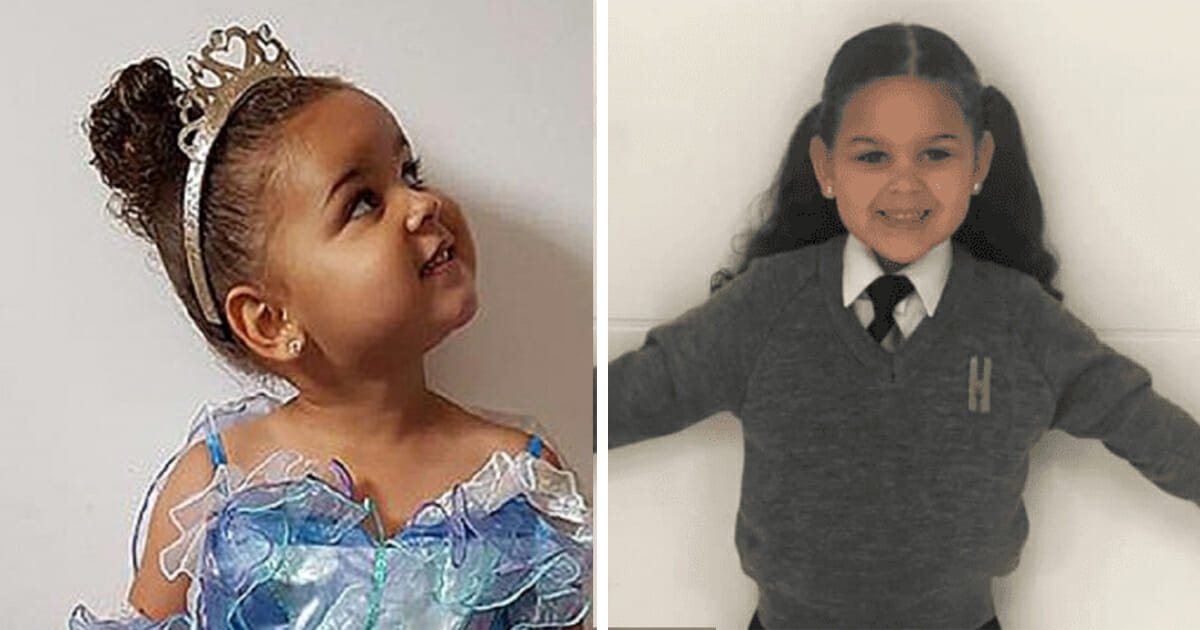 A four-year-old girl from the village of Upper Heyford, England, died after accidentally hanging herself while climbing a tree, according to tragic reports.

The Daily Mail say an inquest into Freya Thorpe’s death revealed how her pink unicorn bicycle helmet got caught in the tree’s branches. The strap of her helmet suffocated her and she died later in hospital.

Reports state that Freya, who had welcomed her younger twin siblings just ten days prior to the accident, was seen on security cameras she parked her scooter close to the local green and walked in the direction of the tree.

Bryn Smith, one of the officers who worked the case surrounding her death, said: “Freya left her house to play in a fenced grassy area outside her neighbor’s home. Her father, Chris, left in the car… waving goodbye to Freya. Due to the sheer nature of the tree bark, not channeled or grooved as some bark is, it would have been a bit slippery to climb without appropriate footwear.

“This was nothing more than a child climbing a tree, perhaps losing her footing resulting in her helmet getting stuck in a branch and the helmet straps strangling her. It is cruel and it is unfair but this appears to be a terrible accident.”

Local residents tried to lift Freya from where she was hanging, which was four-feet off of the ground. Paramedics arrived 25 minutes later and tried to use CPR to revive the four-year-old.

She was subsequently rushed to hospital in Oxford, England, where doctors placed her in an induced coma. Two days later, Freya was declared dead, with medical staff labelling the cause of her death hypoxic-ischemic encephalopathy, due to accidental hanging.

Coroner Darren Salter explained: “Clearly no-one else was involved in this tragedy. It was a case of climbing a tree but her helmet, which of course she was wearing for safety reasons having had her scooter with her, then became caught in what is described as a v formed by the branch against the tree trunk and in so doing, the strap from the helmet has caused Freya to hang.”

A GoFundMe page has been setup by Freya’s parents. So far it has raised $27,000.

What an unspeakable tragedy, and one that no parent should ever have to endure. Rest in peace, little Freya, we hope you’re in a better place now.

Join us in sending prayers to Freya’s family by sharing this article on Facebook.