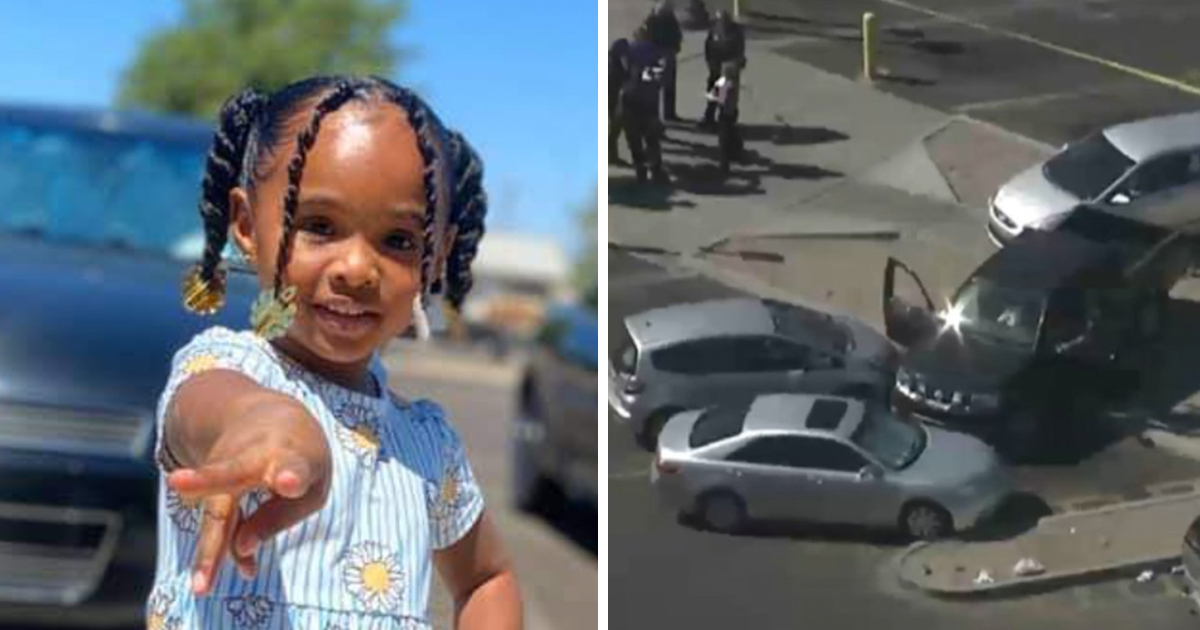 A 4-year-old girl has died after a car struck two children in a paring lot at a Walmart in Glendale, Arizona.

As per tragic reports, police and firefighters were called to the scene and found three women, a 3-year-old boy and a 4-year-old girl. The latter died of her injuries hours later, after she was pinned under the car.

The boy was reportedly rushed to hospital and is expected to survive, while the children’s mother was also admitted to hospital but is going to be OK. The grandmother, meanwhile, was treated on scene.

According to Fox, the little girl has been identified by her family as Nariah Johnson.

The girl’s grandmother, Latonya McFowler, said: “She was so smart, she always liked to dance, she was always happy.

“Her and her brother were so close and I seen her this morning. She was so happy because we were going out to eat. She was like, ‘grandma, let’s go,’ and then she said, ‘I want you to hold my hand, grandma.’ I said, ‘OK, let’s go, let’s go in the store,’ and we never made it to the store.”

“According to detectives, a 68-year-old female was driving a black Nissan Frontier. The driver backed out of a parking space, came to a stop and then went forward back into the parking space. When doing so, she struck a parked car and hopped onto the sidewalk, striking the family,” the department said.

The driver of the car stayed at the scene after the crash. At this time it’s not believed that impairment was a factor.

Our thoughts go out to this 4-year-old and her family. Rest in peace, Nariah.