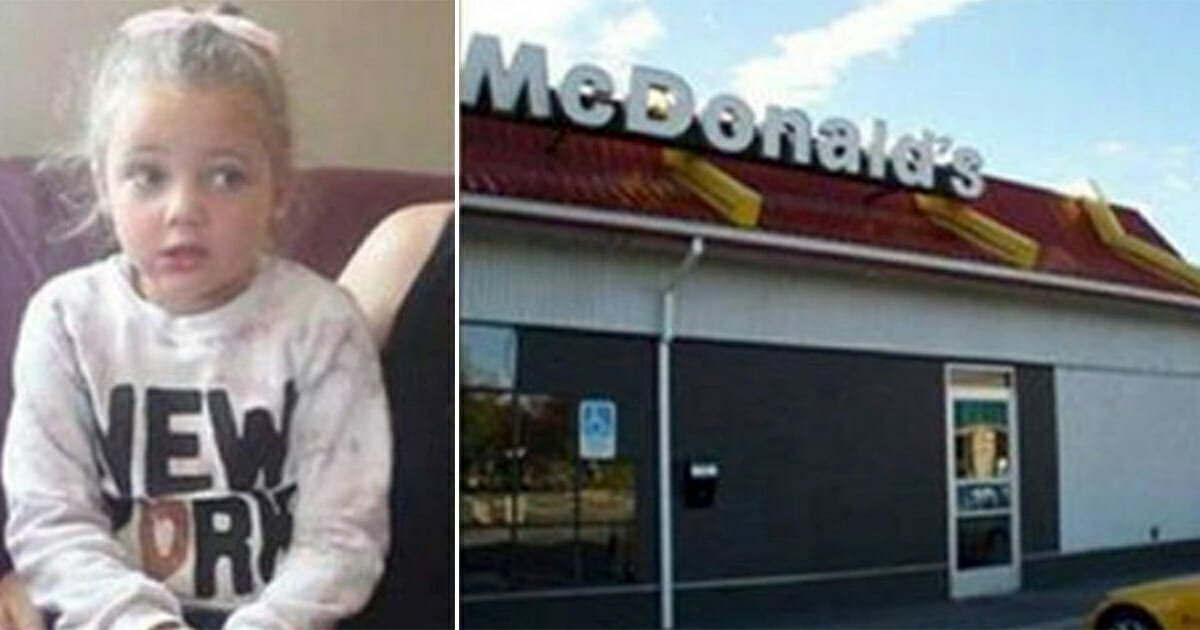 To let children try to do things for themselves is good for their development, but it can also be quite difficult to let go sometimes.

When Nicole Langmead’s 4-year-old daughter Kaya asked if she could go to a McDonald’s bathroom by herself, the mother answered yes.

Kaya felt she was big enough to go to the bathroom all by herself, without mom’s help. And it couldn’t be that dangerous, her mom was waiting close by.

Needless to say, she had no idea what was about to happen to her daughter in the bathroom.

Little did Nicole know that just a few minutes later her young daughter would emerge from the bathroom screaming in pain.

Back after a long holiday at homeBye #chicago, heloo #Kenya #Nairobian_life

Kaya wanted to show her mom what a big girl she was so used the bathroom herself, while her mom waited outside the single stall.

Nicole agreed and waited outside the restaurant — something she would soon regret.

Just before Kaya entered the bathroom, two teenage girls had stepped out of it, laughing.

Nicole did not reflect much about it, but when she heard her daughter’s screams, she understood that something was seriously wrong.

“A short while later she came out in tears and told me that she had become stuck to the seat,” Nicole said, according to the Telegraph.

The two girls who had just gone into the bathroom just before Kaya had spread superglue all over the toilet seat, causing Kaya’s skin to rip from her legs, reports Metro.

“My daughter was left in tears and the skin was ripped off the back of her legs.”

The police were called in and notified of the incident. Following their horrible experience, Nicole shared the event on Facebook. She wants to warn other parents to prevent this kind of terror from affecting their children, too.

The two girls responsible for causing Kaya so much pain in 2015, were apprehended and interviewed by police who treated the incident as assault.

According to the Telegraph newspaper police didn’t pursue any further action.

A police spokesman said the girls accepted what they had done and apologized to the victim’s mother for the harm and upset they had caused.

‘We were all just shocked’

“This matter is now closed and given the age of the people involved in the case we will not provide any further comment relating to this matter,” police said, according to the Telegraph.

Officers said they had been in constant contact with Nicole and she was satisfied with the outcome.

“We were all just shocked that people would do something like this or find it funny,” added Nicole, according to the Telegraph.

Watch the video below for more on Kaya and Nicole’s unpleasant experience.

We are all shocked too Nicole! I can’t believe youngsters behave this way. We’re all guilty of doing things we regret when we’re young but thankfully most of us don’t do something that results in harming another human being.

Please help us share Nicole’s warning so that no further children are affected by this kind of terrible situation!