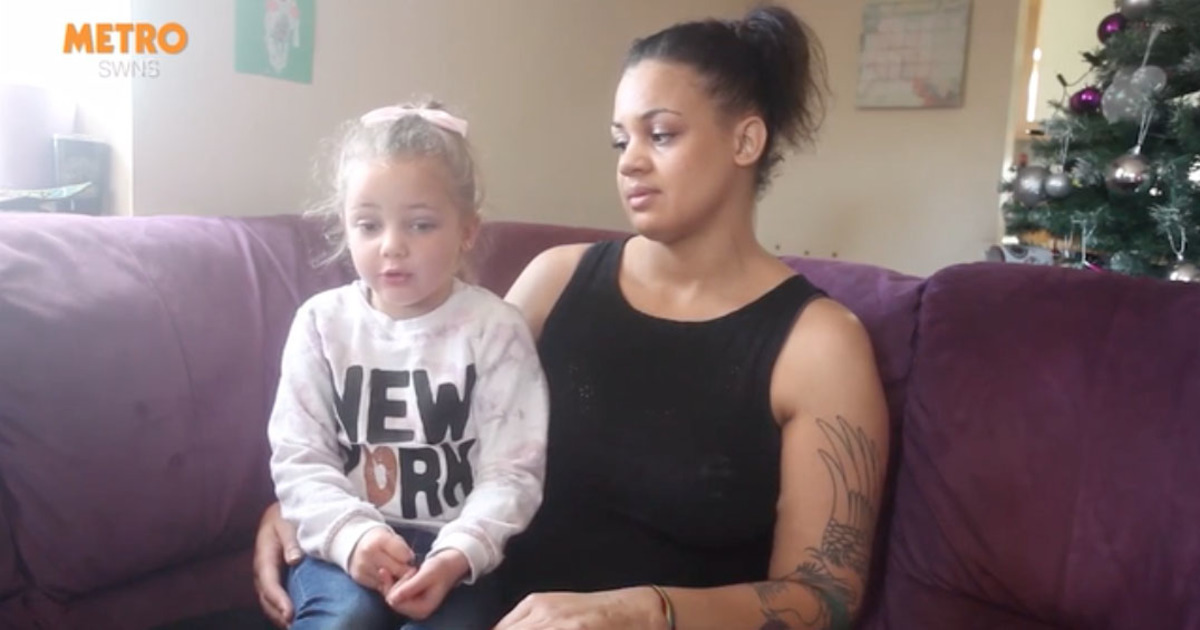 When Nicole’s 4-year-old daughter Kaya recently asked if she could go to the bathroom while they were at McDonalds, the mother conceded. But that’s because she had no idea of what was in the toilet.

4-year-old Kaya felt she was big enough to go to the bathroom all by herself at McDonald’s, and normally this could very well have been the case. But mom would soon regret allowing her daughter to do so.

She waited for Kaya nearby the fast-food restaurant’s main doors.

Just before Kaya went into the bathroom, two teenage girls were inside, giggling. Nicole did not think much of it, but when she suddenly heard her daughter screaming from inside the toilet, she knew immediately that something was wrong.

The two teenagers had spread super glue all over the toilet seat, forcing little Kaya into an utter nightmare. Shocked, mother Nicole immediately notified the McDonalds staff and requested help.

The staff were exceptionally helpful and handled the situation very kindly and carefully, acting quickly to comfort Kaya and making jokes to get her laughing again.

Meanwhile, the police were called and alerted of the situation. They began a serious search for the two responsible teenage girls, who were said to be aged between 16-18 years.

To prevent other victims to be hit by such a senseless and mean prank, Nicole later shared the incident on her Facebook page, waring all parents to be more alert when using any public washroom. Well done, Nicole!

Watch a report about the story here Metro.

Please share this story to help spread Nicole’s important message for all parents.