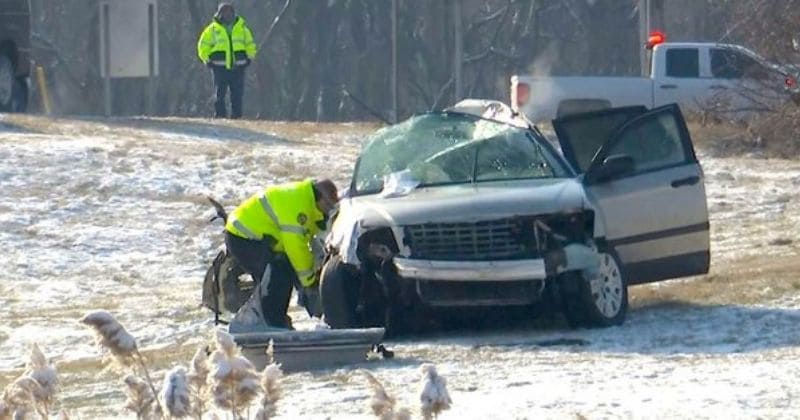 Most parents will endeavour to drive home the importance of seat belts while their children are young.

My own mom and dad never went anywhere before ensuring my brothers and I had our seat belts fastened and where thereby benefitting from the maximum amount of protection a vehicle could offer.

The evidence as for their necessity speaks for itself, though there remain people who drive – or worse, drive their children around – without their use.

On February 2, 2019, a truly tragic accident occurred, one that though over a year old should still be used to educate those who refuse to accept the protection of seat belts.

The incident happened in Bowie, Maryland, when a car carrying no less than five children swerved off the road and violently crashed into several trees before spinning out of control into a field.

As per reports, the five children, seated in the back, London Dixon, 8, Paris Dixon, 5, Zion Beard, 14, Rickelle Ricks, 6, and Damari Herald, 15, were all killed in the collision. None of them were wearing a seat belt.

Sadly, the children, who were all related, were pronounced dead at the scene of the crash, while a sixth person – Cornell D. Simon, 23 – who was sitting in the right front passenger seat of the 2005 Chrysler Pacifica, died of his injuries almost three weeks later.

Despite Maryland’s seat belt laws dictating that all children must be buckled up, and those under the age of eight are supposed to be in a suitable child restraint unless they are taller than 4’9″, the five kids in the car had no such protection.

Reports say they were ejected from the car, and it has been speculated that their deaths could have been prevented had seat belts been in use.

The driver of the car, Dominique R. Taylor, 32, was mother to 8-year-old London and 5-year-old Paris. As per AP, she was later charged with vehicular manslaughter and vehicular homicide. An investigation is said to have determined she was driving with more than twice the legal blood alcohol level of .08 in her system.

I can barely fathom the tragedy that unfolded on that fateful day in February, 2019. All I know is that had seat belts been in use, perhaps the toll wouldn’t have been so terribly heavy.

Share this article to remind everyone you know that they always need to use a seat belt when driving.