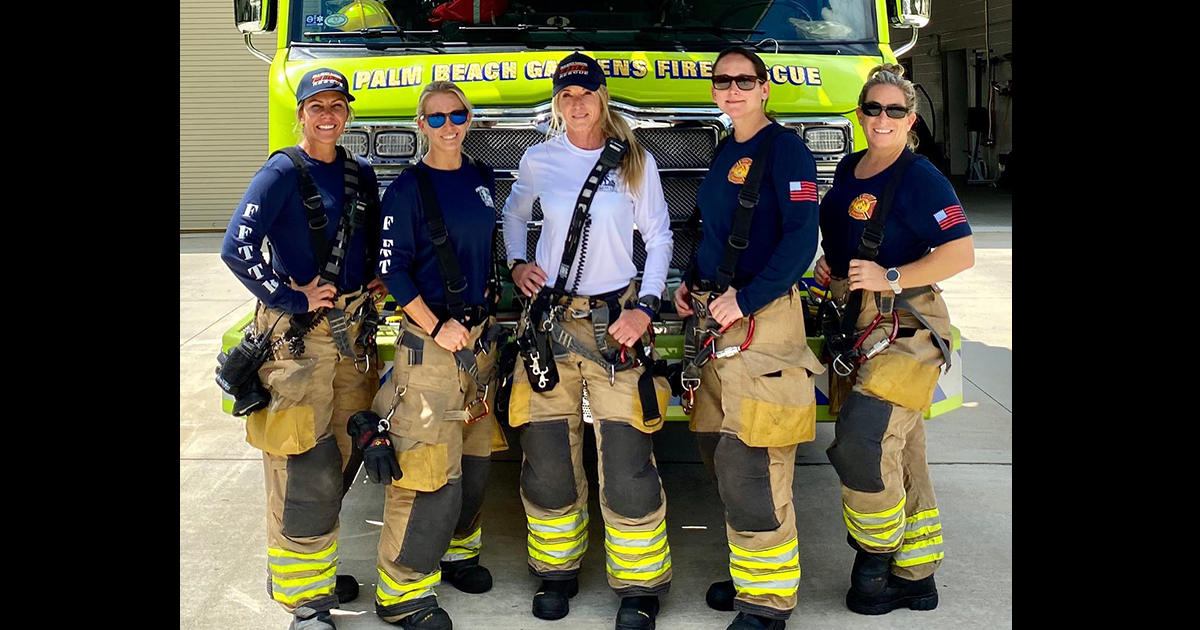 A group of five female firefighters have made history in Florida, becoming the first all-female crew in the Palm Beach Gardens Fire Rescue Department.

Krakowski’s daughter, Kodi, took pictures of the historic team. It’s their hope that the images will not only serve to celebrate their achievement, but also promote their non-profit organization: Firefighters to the Rescue.

“Breaking barriers, yeah. It’s the first time we had in our department a female as a captain, a driver, a firefighter, rescue lieutenant, and a medic,” Krakowski said.

She went on to tell Good Morning America: “It’s so empowering and at the same time, it’s humbling at how big it’s gotten.

“We are all lifting each other up because there’s a small quantity of us. We are each other’s biggest cheerleaders. Why can’t we do the same as men? We are expected of the same physical demands. . . . Everything applies to us as well as them.”

The five-strong team ended up working together as a result of a combination of both progressive politics and chance. Changing shifts and schedules played their part, but Chief James N. Ippolito hopes this is the start of something new.

“Our progressive staffing and recruitment efforts are reflected in that moment,” he explained.

“As an equal opportunity employer, anyone who meets the job performance expectations is qualified to work for our department, regardless of gender.”

Ippolito explained that 11 percent of his department’s firefighters are female, far higher than the 4 percent average nationwide.

Way to go! I just love seeing barriers being broken down in ways like this.

These women have every right to be proud of themselves and what they’ve been able to achieve.