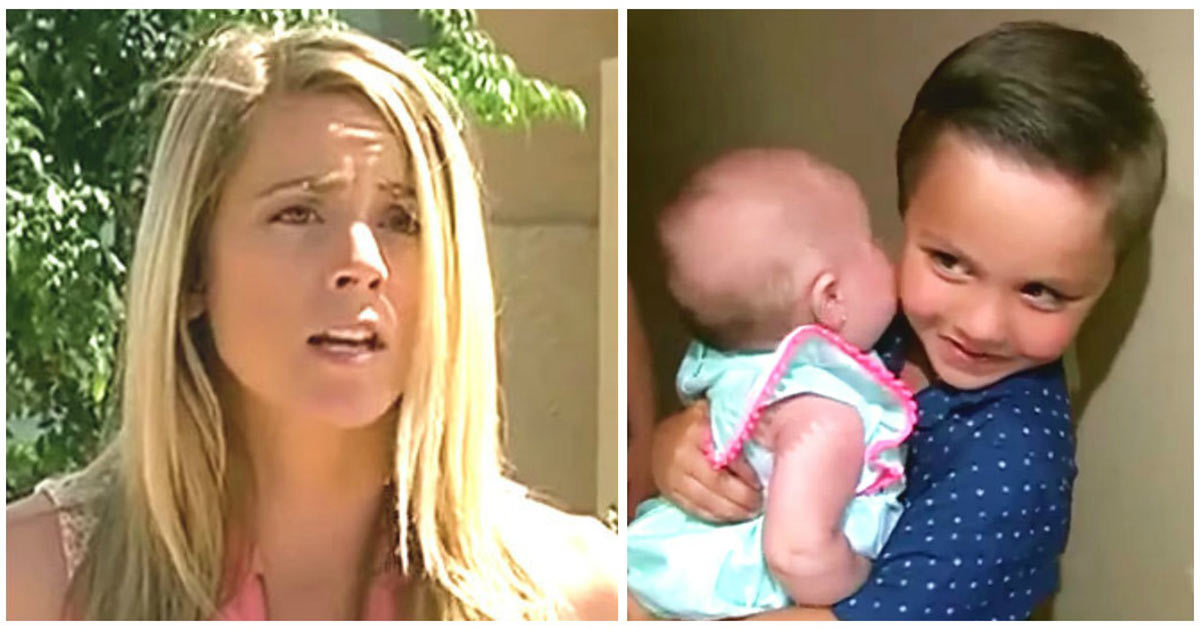 This five-year-old is a real hero—and now he’s being celebrated all over the internet for his brave act.

Jessica Penoyer heard a knock on the door of her San Tan Valley home.

It was her five-year-old neighbor Sal Cicalese with his baby sister in his arms.

“He’s there and he’s holding something and I thought it was a doll,” Jessica Penoyer told ABC15 Arizona.

But it was no doll; it was Sal’s two-month-old sister.

At first, Jessica thought the boy was trying to tell her that his dog had died, but she soon realized that something else was up.

“He goes, ‘No, my mom died in the shower. Can you take care of us?'” Jessica Penoyer told ABC15 Arizona.

When Jessica realized that the situation was dire, she called emergency services and had an ambulance sent to Sal’s place.

Fortunately, the boy’s mother hadn’t died like he thought. Instead, she had had a seizure in the shower.

Acting instinctively and out of strong love for his mother, Sal worked fast—and when the five-year-old’s unbelievable efforts were revealed, everyone was shocked.

Thinking his mom had died, Sal realized that he needed to get help.

So he got a barstool, leaned it against the wall, and climbed up.

That way, he was able to reach the garage door opener.

The five-year-old then wrapped his little sister in a blanket so she’d feel warm and safe.

And after that, he picked her up in his arms and rushed over to his neighbor Jessica’s house!

Soon the emergency services arrived and were able to take care of Sal’s mom.

But if it weren’t for five-year-old Sal, the story might have had a terrible ending.

“Honestly, he saved my life, because I was under the faucet and if he wouldn’t have gotten help, I would have drowned,” Sal’s mom, Kaitlyn, told ABC15 Arizona.

He was named an honorary fireman and even got a certificate and a fancy helmet.

The firefighters and emergency service workers now want to raise awareness about Sal’s story as a reminder to all parents to talk to their children about what to do if something serious happens.