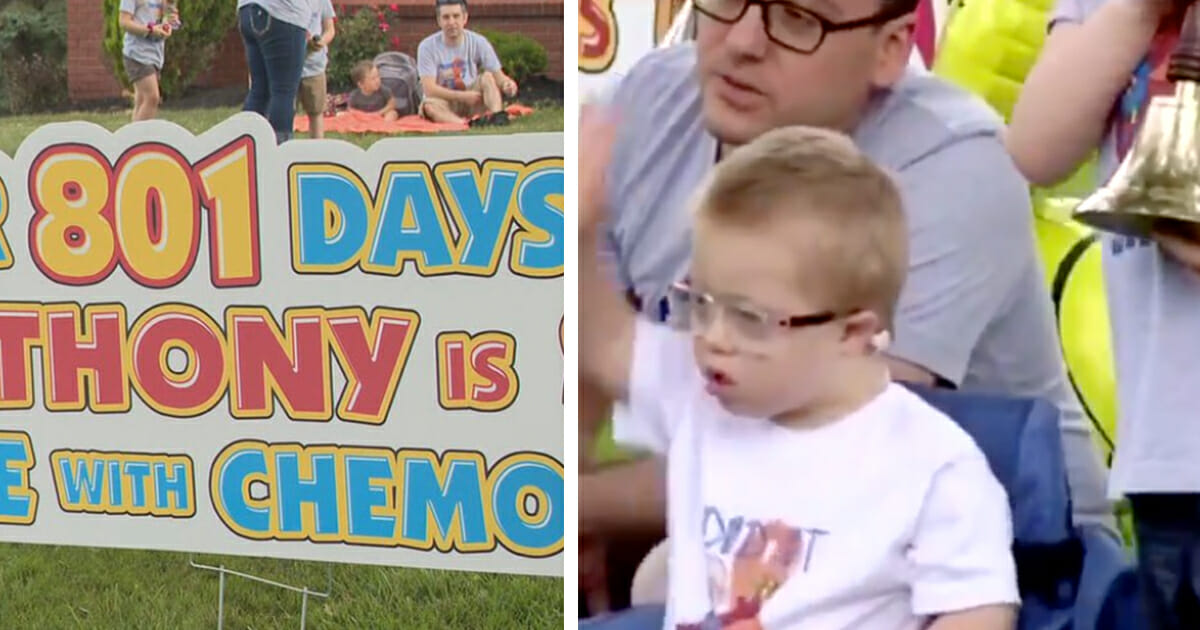 As children we worship superheroes. We celebrate them, elevate them and often try our hardest to emulate them.

Naturally it takes many of us years before we realize that the true superheroes of the world – the ones that actually exist – are everyday people that we share the planet with: firefighters, soldiers, doctors and nurses. Sometimes, even, children.

5-year-old Anthony Lattierre, of Webster, New York, is one such superhero. The youngster celebrated a milestone at the weekend, after completing over two years of chemotherapy treatment for luekemia.

As per reports, Anthony was able to mark the occasion with a parade through his neighborhood that included plenty of smiles, waves, honking and cheering.

The 5-year-old’s mom Robin says she picked a superhero theme for the day because it takes a true hero to beat cancer. Indeed, Anthony has gone to hell and back in his fight against this terrible disease, but he hasn’t let that stop him.

Usually the ringing of the bell – signifying the completion of chemotherapy – is done at the hospital. Anthony’s family, however, thought doing it during the parade was a fitting idea.

Wow! What a fantastically brave little boy. Anthony, you should be extremely proud of yourself. You’re a true credit to your family and community!

Share this article on Facebook to pay tribute to Anthony, and to say well done to him for winning his battle.