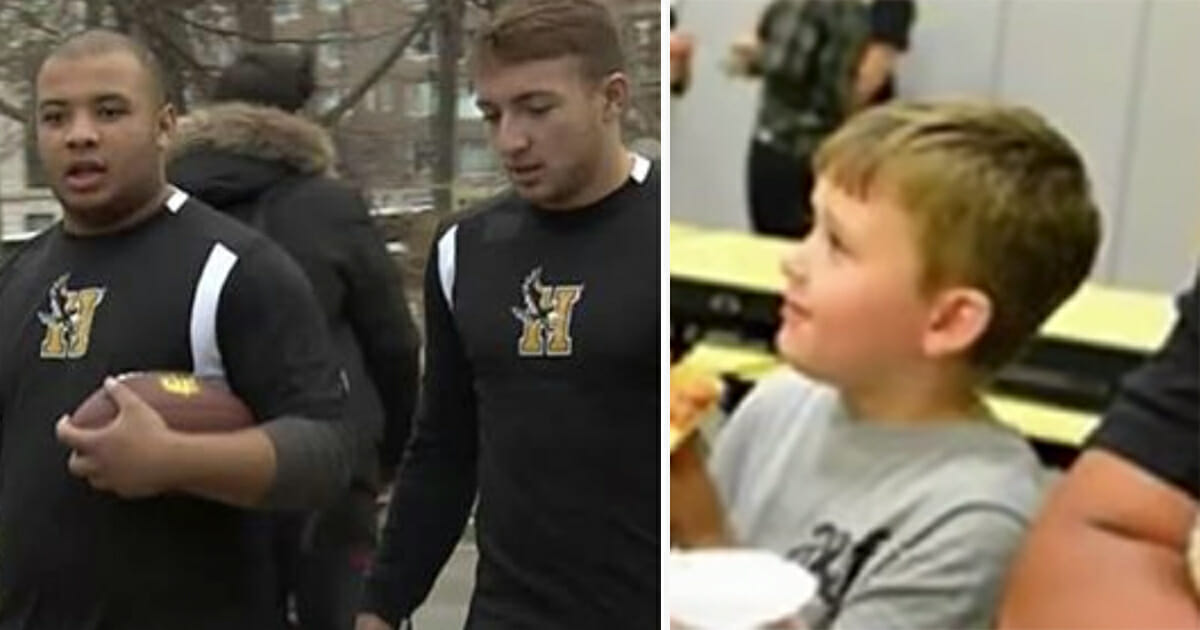 Anyone who’s ever been bullied themselves, or perhaps even witnessed an act of bullying firsthand, will know just how greatly someone can be affected by it.

In any case, Chris Kuykendall is certainly aware what it’s like to be a victim. He was picked on regularly as a youngster, and he understands that bullying isn’t something to be taken lightly.

Now a high school football star in New Mexico, Chris heard about a certain 5-year-old who was being bullied at school every day. He decided to do something about it, and used his popularity as a football player to help solve the issue.

It transpired that the youngster in question was so nervous about the bullying that he would be physically sick every morning before he went to school. His tormentors saw him as an easy target, and – as is so often the case – the bullying escalated over time.

That was until the bullies spotted Chris one day hanging out with the high school football team. Needless to say it had a marked effect on their approach, and is basically the reason Chris can now go to school with a smile on his face.

“He didn’t want to go to school, and when he was at school he was miserable. It shouldn’t be happening at all,” Chris said, of his motivation to fix the problem.

“It just hit home. I remember how I felt when I was being bullied, and I just wanted to change that right then and there. I didn’t want him to wake up another day, go another day feeling like he didn’t need to go to school.”

Watch what Chris did in the video below:

What’s more, Chris’ friend Brevin earmarked the impact of Chris’ actions and was so inspired that he started to have his own thoughts regarding tackling the bullying issue. Together, he and Chris started Eagles buddies, which is every bit as awesome as it sounds.