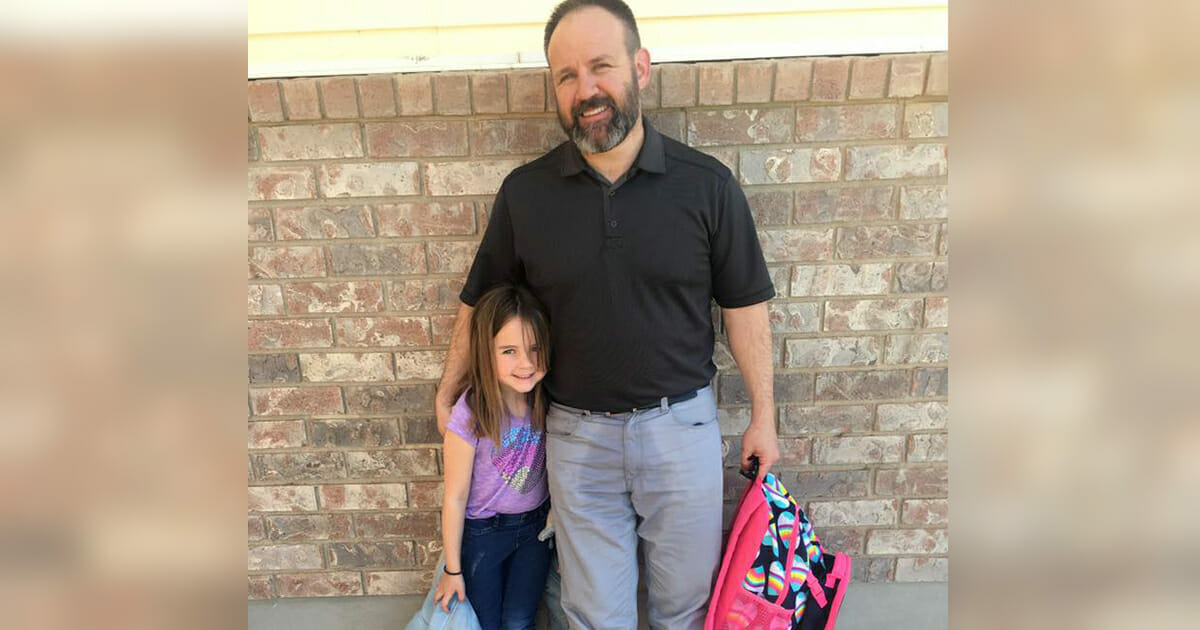 Ensuring their children are happy, safe and comfortable is a parents’ most important mission in life.

For Ben Sowards, a family man and dad living in Utah, USA, there’s no questioning this theory. When the phone rang one day, he picked it up and immediately saw on the screen that it was the school calling. He learned that his six-year-old daughter needed picking up.

Ben heard how his little girl had suffered a bathroom accident, and so leapt into action.

The story of Ben and his daughter happened a year ago, but it’s doing the rounds again on social media. If nothing else, it’s a tale that reminds people just how much difference a small gesture can make.

It was the Huffington Post who broke the story to the world initially about the Soward family’s unusual day.

When 6-year-old Valerie suffered an unfortunate accident at school, dad Ben knew he needed to do everything in his power to make her feel better. He knew it was an awkward situation for her to be in at school, and so used his guile to shift the attention to himself.

Little did he know his actions would blow up on social media, with his brilliance drawing the eyes of the entire world.

Ben had jumped in his car to pick up Valerie. Just before he did so, however, he took a bottle of water and poured it on his own pants!

“Honestly, I knew she was mortified, but I thought if I could make her laugh everything would be fine,” Ben told the Huffington Post.

Once he’d parked up at the school, he went to the principal’s office, where his daughter was waiting. When he got there, his first question surprised her. He bent down beside her and whispered to ask if he could borrow her book bag to hide an embarrassing accident he’d had.

The 6-year-old girl was surprised when she looked up at her dad. What did he have to hide?

It turned out that he certainly had something to cover. She glanced down and saw that her dad’s pants were also wet.

Ben remembers that Valerie instantly felt more relaxed after she saw her dad’s “accident”. She left the school confidently, with the pair striding out with smiles on their faces.

What’s more, this wasn’t the first time Ben had done something ingenious for his children. A few years before, he had FaceTimed one of his other daughters, Lucinda, who had fallen on her face while ice-skating. “He had vividly painted a black eye that matched mine,” Lucinda told BuzzFeed.

The world definitely needs more dads like Ben! Please share this story with your family and friends if you agree – help us pay tribute to his wonderfully brilliant actions!

When your husband goes to pick up your kindergartener at school who had an accident. #dadwin #everyoneisdoingit #itsbettertolaugh