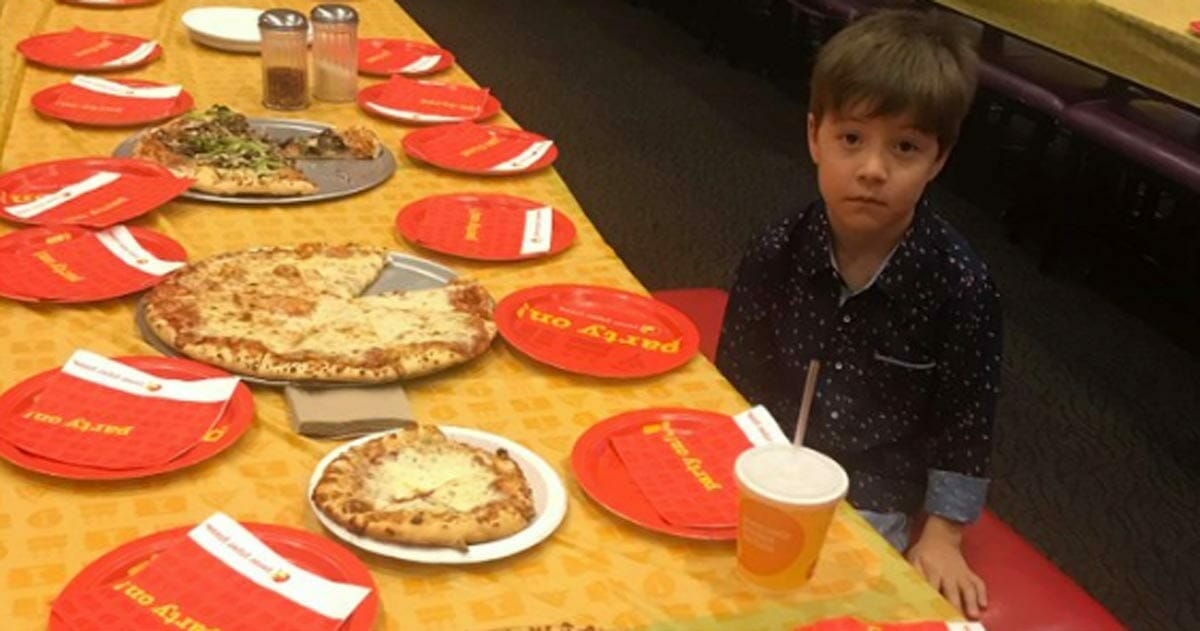 Having a birthday can be a lot of fun, particularly when you’re a young child.

I remember it being almost impossible to get to sleep the night before my birthdays when I was little. The excitement was so raw, so genuine.

Teddy, of Tucson, Arizona, U.S. recently had his sixth birthday. He was looking forward to celebrating it with friends at a local pizza restaurant.

32 of his friends got invitations to the party … but not a single one of them came.

Then, a few days later, the phone rang …

Teddy had invited 32 of his friends to celebrate his sixth birthday at Peter Piper Pizza. The youngster was bursting with excitement over his big day.

Only, not a single friend showed up to the party. Not one.

A Tucson 6-year-old invited 32 of his classmates to a pizza party for his birthday over the weekend… and no one showed up: https://t.co/5KGkBT9gD3 #abc15 pic.twitter.com/cxXf25W2xJ

Heartbroken mom Sill Mazzini published a picture to social media where you can see how visibly upset Teddy is. It’s just him, a long table and a load of empty pizza plates. The soul-destroying picture quickly found its way to the hearts of the masses, spreading rapidly online.

Mazzini told how she had prepared 32 invitations to the party, handing them to Teddy’s classmates. As per ABC 15 Arizona, the day before the event she’d even spoken to several of the children’s parents – they assured her they would be there.

However, no one showed up.

Despite it being a truly sad scene, though, from the ashes of despair grew a tree of hope. After the image of Teddy went viral, there was an abundance of responses. Many sent birthday wishes to Teddy, while two of his favorite sports team – the Phoenix Suns basketball team and the Phoenix Rising soccer team – also got in touch.

When they heard about Teddy’s birthday, they decided to step in and do something special. They gave Teddy and his family tickets to their games so that the 6-year-old could celebrate with all the players. What a gift!

How about we celebrate with thousands at our place! Tickets to Wednesday’s #SunsVSLakers game are all yours Teddy! Talk soon! https://t.co/YL3zjDX9JW

No child should have to be friend-less on their birthday. What a great gesture from the teams to save the day!

We’re sending our greetings as well, so that 6-year-old Teddy isn’t left alone. Share this article with your friends and wish Teddy a very happy birthday.