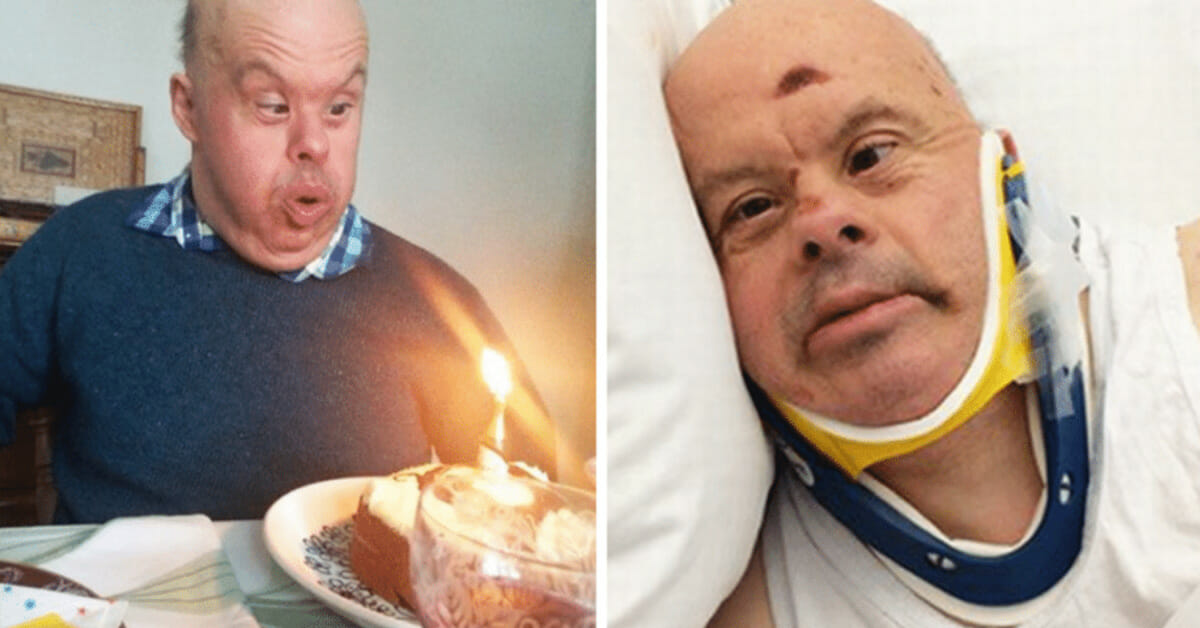 Guiseppe “Joe” Ulleri, a 61-year-old man who suffered from Down’s syndrome, has died after being left without food in hospital for 20 days.

According to reports, Joe fell while staying at an assisted living facility and was taken to a local hospital in Manchester, England.

Initially, it had been determined that he could return to assisted living after being discharged by the hospital, but further tests determined he had broken several bones, including fracturing his pelvis and neck.

As a result, he needed surgery to right the wrongs, leaving him vulnerable and unable to feed himself. His caregivers knew that he had trouble swallowing foods, so opted not to give him anything by mouth.

The nurses at the hospital, meanwhile, weren’t sure how to feed him. This, added to the confusion regarding the orders for his care, meant he wasn’t given any food for a period of almost three weeks.

It’s said the hospital is one of the best in the area regarding the technology it has at its disposal, but the care it provided was concerning.

Joe had been working on his speech with doctors at the facility, as well as the problems he had swallowing. Eventually, a gastric tube was inserted through his nose for about 24 hours, but it wasn’t enough to save his life. He ultimately succumbed after not having enough food in his body.

Now, his family are blaming the hospital for their actions. They believe he would still be alive if the facility had acted correctly.

What a tragic turn of events! We’re sending our prayers to all of Joe’s family and friends. May he rest in peace.

If you think the hospital should have done more to save Joe, tell us in the comments box below.

Meanwhile, share this article if you want to send your prayers!