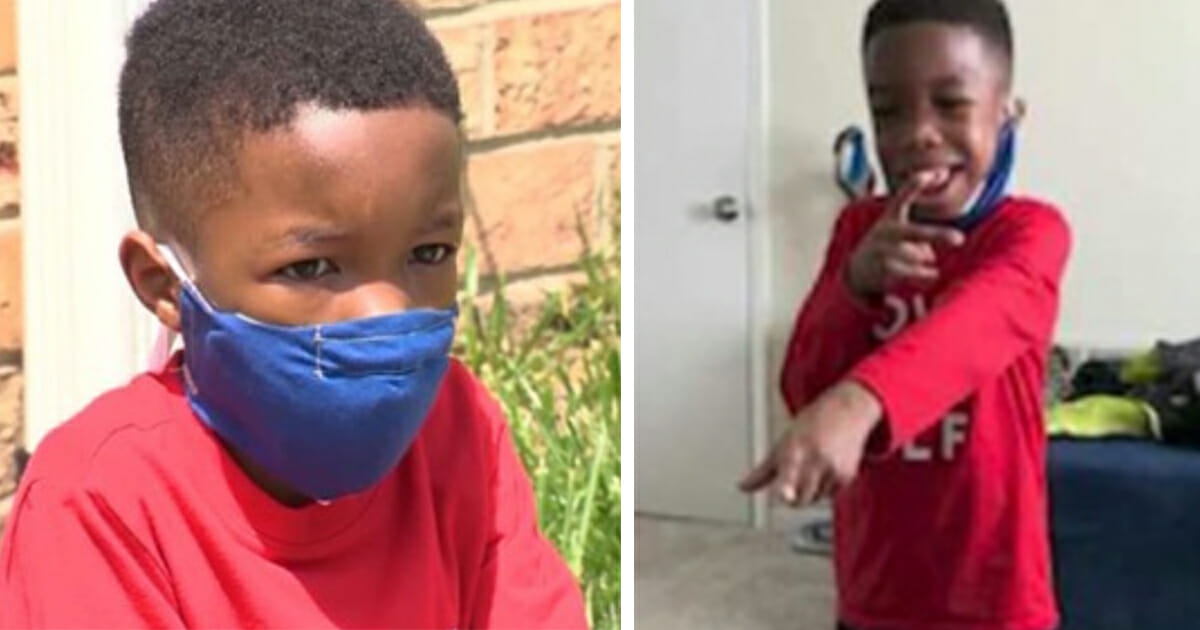 A 7-year-old boy who has sickle cell disease is on his way to fully recovering from COVID-19.

Nasir Striggs was admitted to Sinai Hospital in Baltimore at the beginning of April when his mother, Deshannon Striggs, noticed he was experiencing difficulty breathing.

He soon tested positive for coronavirus, with X-rays revealing he had contracted pneumonia in both lungs.

Given Nasir’s sickle cell disease he was at a higher risk of succumbing to the virus, leaving his mom naturally terrified.

“He had to keep getting stuck by the needle because the needle kept coming out,” Striggs said, when her son was forced to undergo no less than three blood transfusions. “To watch him go through that, it was really scary.”

And yet the brave 7-year-old put his war paint on and didn’t complain. Several days into his treatment, he began to show signs of recovery.

Fortunately, Nasir was able to go home when doctors became suitably convinced he was on the right road.

As per reports, doctors are keeping a close eye on Nasir via online visits since he left the hospital. They’re confident he’s now doing great.

Congratulations, Nasir! We’re so happy you’ve been able to beat this virus – an especially inspiring turnaround given the other trials you’ve faced.