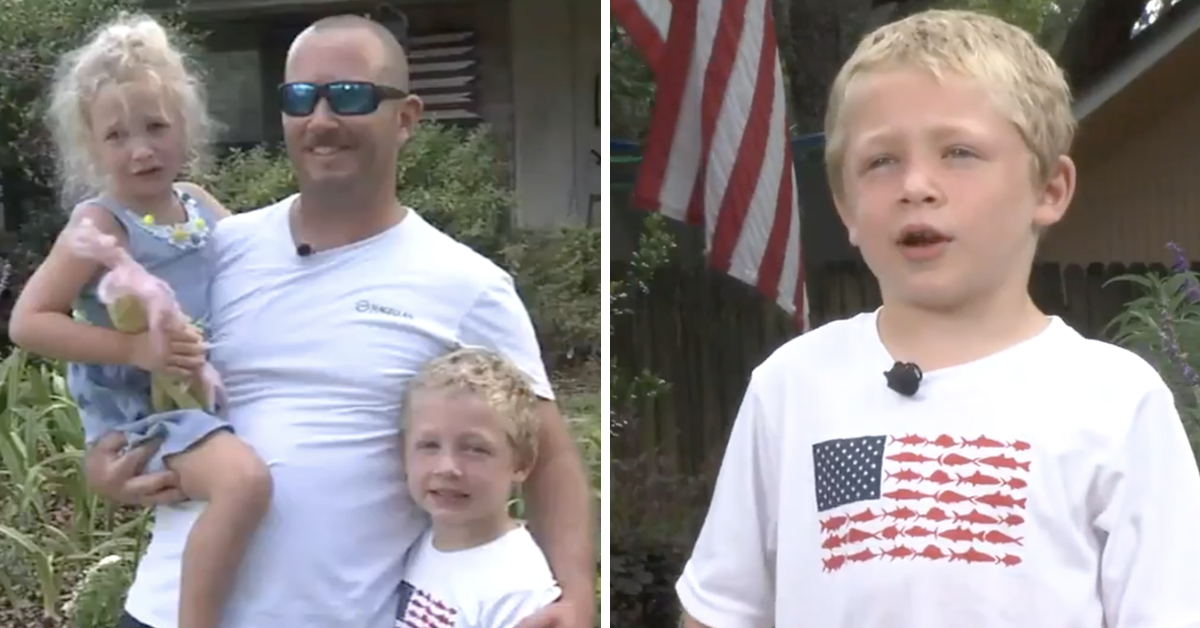 A seven-year-old boy is being hailed as a hero after he swam for an hour to get help for his family when they became stranded in a river.

As per incredible reports, Chase Poust was out with his father, Steven, and four-year-old sister, Abigail, at the beginning of Memorial Day weekend on Friday, May 28.

The three of them took a boat to the St. Johns River near Mandarin Point in Jacksonville, Florida, and had anchored it. The plan was for Steven to do a spot of fishing while his two children swam nearby.

Yet the current was stronger than Steven had realized, and before long seven-year-old Chase noticed Abigail – who was wearing a life jacket – had been pulled away from the boat.

“The current was so strong that my sister — she usually hangs out at the back of the boat — and she let go. So, I let go of the boat and grabbed her, and then, I was stuck,” Chase said in an exclusive interview with news channel WJXT.

Chase wasn’t wearing a life jacket, but he let go of the boat to try and help his sister. Steven also jumped into the water in an attempt to grab his daughter, but she continued to drift away.

Steven explained to News4Jax: “I told them I loved him because I wasn’t sure what’s going to happen. I tried to stick with both of them. I wore myself out. She drifted away from me.”

Chase, though terrified, was able to swim to shore, alternating between doggie paddle and floating on his back to ensure he didn’t become too exhausted to keep his head above water.

All told, the young boy swam against the current for an hour until he made it to dry land. From there, he ran for help.

Steven explained: “I screamed for help at the top of my lungs and waved my arms and sure enough someone heard us. Little man also made it to shore and got help and that’s what saved our lives.”

Steven and Abigail were rescued one hour later with the help of the Sheriff’s Office and Florida Fish and Wildlife Conservation Commission, having drifted a mile away from their boat.

Speaking at a news conference, Jacksonville Fire and Rescue Department spokesperson Eric Prosswimmer said: “We had every resource we could have possibly had coming quickly and we’re happy to say all three have been recovered, and all three are doing well. We couldn’t ask for a better outcome.”

What a close call! Thank God little Chase was able to swim and get the help that was so desperately needed.

Parents, please always exercise the most extreme caution when out on the water with children. Things can and do change in the blink of an eye, as evidenced here.

Share this article on Facebook to warn others over the dangers, and to praise Chase for his efforts.