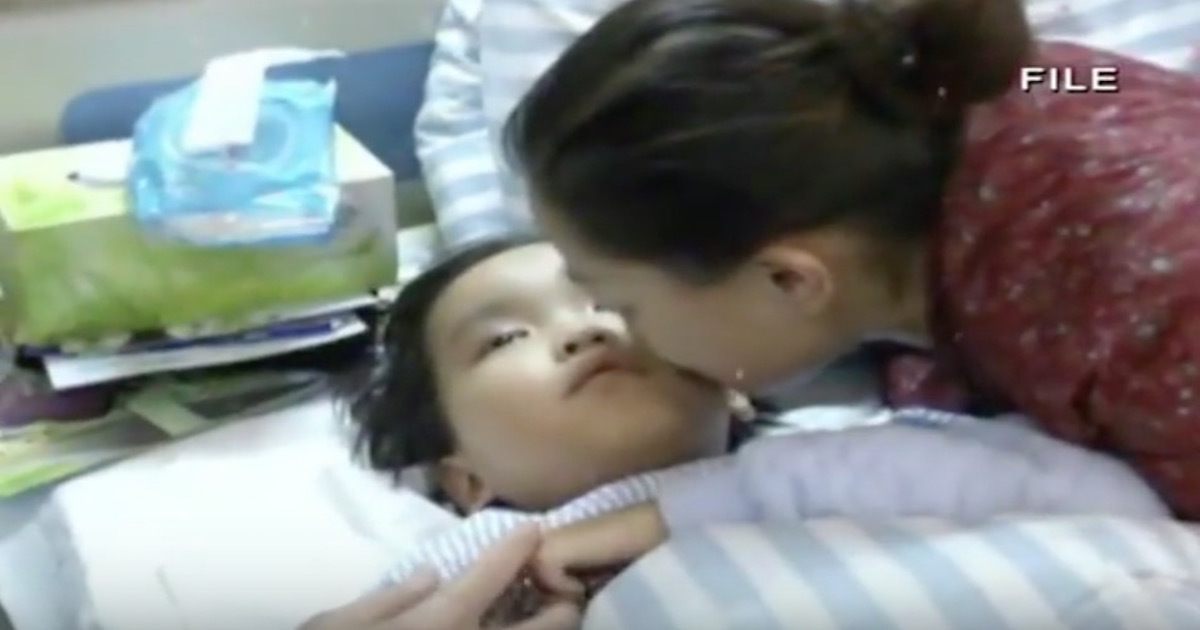 Before I had children, I didn’t understand what true love is. But having kids changed that — and I’d do anything for them.

If something ever happened to my kids, I don’t know what I’d do with myself.

Just being apart from them while they’re at school is enough to make me worry and hope they’re having a good day and that they’ll come home safe and sound.

A Chinese mom named Zhou experienced something that no mother should ever have to go through. When her son, Chen, was only five years old, he developed a brain tumor.

Zhou stayed constantly by her son’s side. But it wasn’t long before her family’s nightmare became even darker.

Zhou herself was diagnosed with a kidney disease, and soon mother and son were roommates at the hospital.

At first, it looked like Chen would get better. But after another setback, Chen became both paralyzed and blind, and Zhou’s only chance to survive was to have a kidney transplant.

Then when Chen realized he wasn’t going to make it, he asked the doctors to let him die so he could save his mother’s life.

Zhou’s mother tried to persuade her to accept Chen’s offer, but Zhou didn’t wouldn’t hear it.

When Chen found out that his mom refused, he begged her to take his kidney. It was his last wish.

Chen wasn’t going to survive, but at least his organs could save his mom and some others.

Eventually, Zhou agreed on Chen’s wish — and they were a perfect match.

A few days later, Chen passed away. His body was taken straight to the operating theater, where his liver and kidneys were prepared to be donated.

Before the operation, the doctors honored Chen with a moment of silence.

Check out this video to learn more about Chen’s story:

What a brave little boy! At seven years old, he made a decision that no child should ever have to make, and he ended up saving three lives.

Please share this sad story in honor of Chen and his memory!