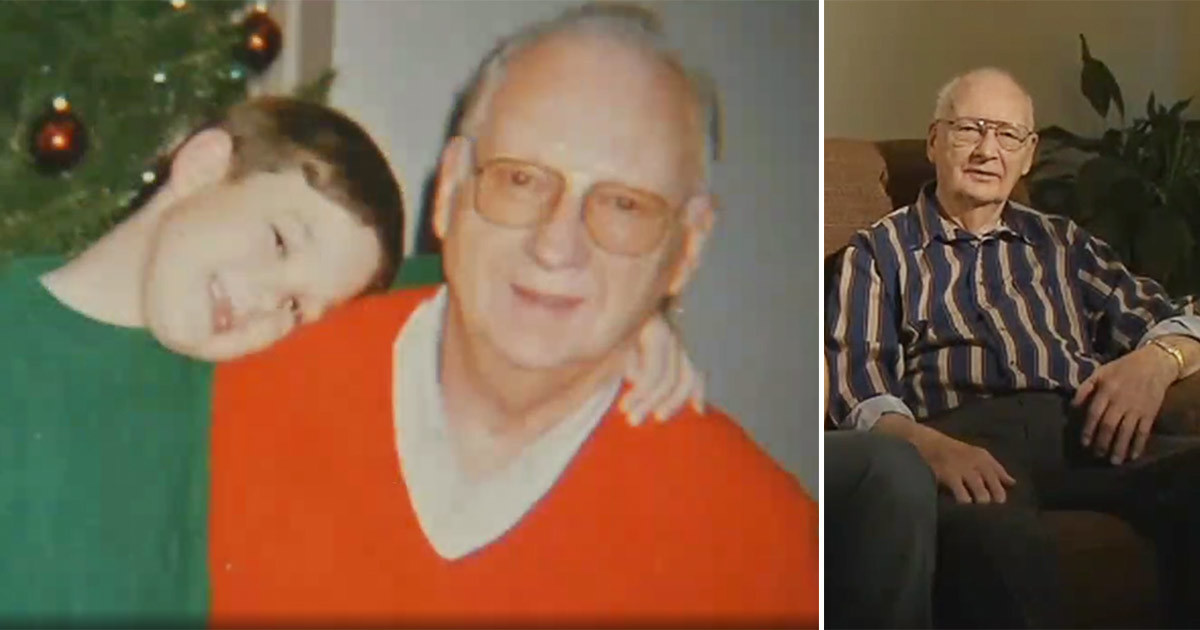 There’s something special about the relationship between grandparents and grandchildren. They have a bond that often starts as early as the bond between parents and children.

For KC Schafer, his relationship with his grandfather Charlie was the most important one in his life – and as a young man, he made his grandad a promise.

Twenty years later, he would knock on his grandfather’s door and tell him that it was high time for him to make good on his promise.

When KC Schafer was only a few years old, his parents got divorced, and he and his mom moved in with his grandfather Charlie.

Grandpa Charlie and KC spent countless hours together going on excursions and doing activities. Charlie became like a dad to KC.

“I spend so much time with him. He pretty much modeled me into the man I am today,” KC told Inside Edition.

KC looked up to his grandfather very much – and when he was seven years old, the boy made his grandfather a promise that warmed his heart. KC said that when he got married, his grandfather would be his best man, something Charlie was happy about, but didn’t think much about.

“I just thought he was just daydreaming, talking. I didn’t pay much attention to it,” he says.

The years passed and KC grew up. He met a woman named Sarah, and a few years later, they decided to get married. Although KC was only seven when he made his promise to his grandfather, he knew what would happen next.

He went to his now 90-year-old grandfather to make good on the promise he made 20 years ago.

Charlie was shocked, but thanked him for letting him be his best man.

On April 15, Sarah and KC got married, and next to them stood a proud grandfather on one of the biggest days of his grandson’s life.

This story warmed my heart and I’m so glad Charlie got to share KC’s big day.

This really shows the bond between grandson and granddad in the nicest way. Check out the clip below for more pictures the wedding and especially the wonderful best man.

This really made my day so much better. Please share the article with your friends so they can also read Charlie and KC’s beautiful story.