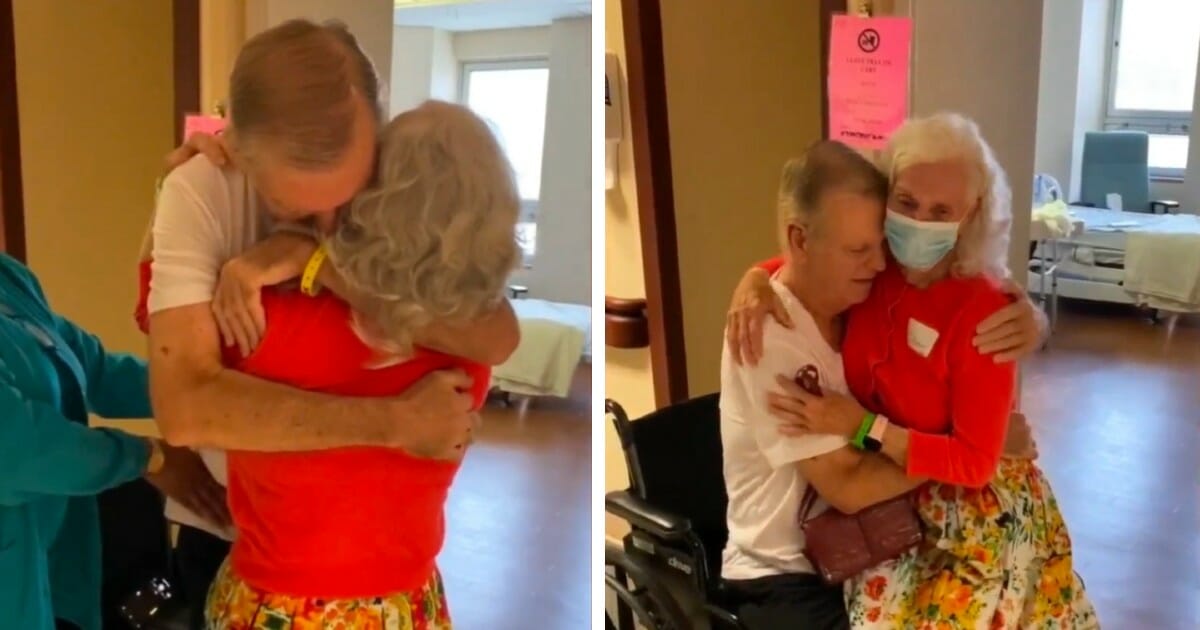 For months Ronnie Coltrane was separated from his family as he battled COVID-19.

The 70-year-old from Pleasant Garden, North Carolina was hospitalized and spent four weeks on a ventilator before he was well enough to enter rehab to continue his recovery from the virus that has killed over 440,000 people.

Recently, he was finally allowed to return home and he was greeted by family, friends, and his adoring wife.

“It felt like I’d run into a brick wall,” Coltrane told WFMY. “I could hardly put one foot in front of the other.”

The virus sent him to the hospital and shortly after he was admitted he was put on a ventilator. Although he doesn’t remember much of his time at the hospital, doctors say he was one of their sickest patients.

“I was begging God to take me out. I wanted out of that. The doctor called Audrey and told her that I was going to be gone just any minute,” he said.

“We were all just crying and begging God not to take Ronnie,” his wife, Audrey Coltrane, said. “And you know what? God turned it around.”

After several harrowing weeks on a ventilator, he was transferred to rehab.

And then finally, the day came when Ronnie was allowed to return to his home, a place he once thought he’d never see again.

Everyone was happy to see again, including his wife who hadn’t seen him, except for a short time a few days earlier, in months.

“I know prayer and God is the only thing that brought me through it, and I praise his name for it,” he said.

This is so great to see this family reunite! I hope more families are able to experience this same feeling.