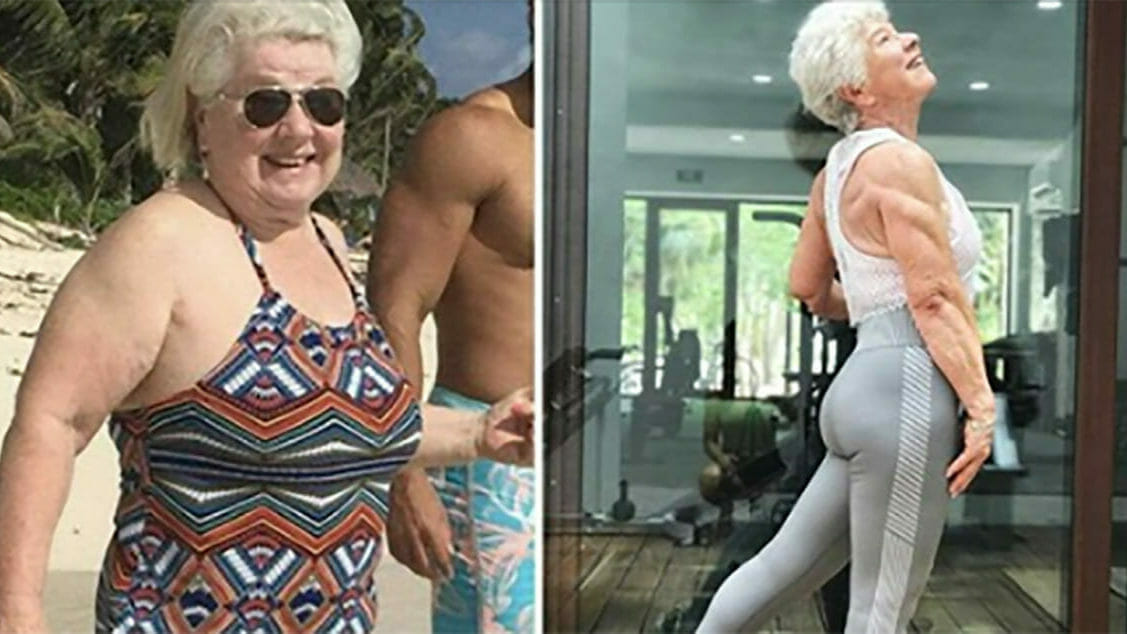 At 73 years old Joan MacDonald is proving there are no excuses, least of all age, for not being healthy and looking your best.

Two years ago she was struggling through a difficult time in her marriage and turned to food as a comfort. In turn her weight ballooned to over 200 pounds and she was on various medications for high blood pressure and high cholesterol.

When her arthritis got worse her daughter Michelle decided to step in and suggested she try her transformation program, according to British newspaper The Sun.

Her journey and change in her appearance has gained her followers around the world, including many compliments from younger men and the 73-year-old grandma is loving the attention.

Joan, from Ontario, Canada, has been working out at the gym four times a week and completely changed what she eats every day.

In just one year she now weighs a healthy 140 pounds and is happier than ever.

“It has changed the way I feel about myself; people at my gym would approach me and compliment me on the changes they saw in me,” Joan told The Sun.

“I feel much better about myself now and getting compliments from younger men and women sure boosts the self-esteem. My husband started remarking about how good I looked, and my family was so proud of my efforts.”

Joan said her journey, which has been documented on her Instagram page, has not been easy.

“I started out pretty overwhelmed as it was all online, and I had to get an iPhone and learn all about apps. I was in tears at times, ready to throw in the towel, but luckily, I was too darn stubborn,” she said.

“I was on a meal plan set up by Michelle with ‘X’ number of calories; primarily protein, carbs and good fats and as the weight and inches came down my intake of food went up.”

Joan now has over 100,000 followers who are all inspired by her incredible journey.

Joan’s health has improved, and she no longer has to take any medications.

She can even lift a 198 lbs, which is just under the weight she was when she started.

Joan says she’s tried other weight loss programs in the past but has always put the weight back on.

“People are very complimentary and somewhat surprised that I’ve kept it off this long and I’m still changing; I have more muscle definition now than when I first lost the weight,” she added.

Joan is living proof that anything is possible with effort and willpower. Age is no excuse for not having a healthy life and a toned body! This lady is such an inspiration

Share if you are also impressed by Joan’s achievements.