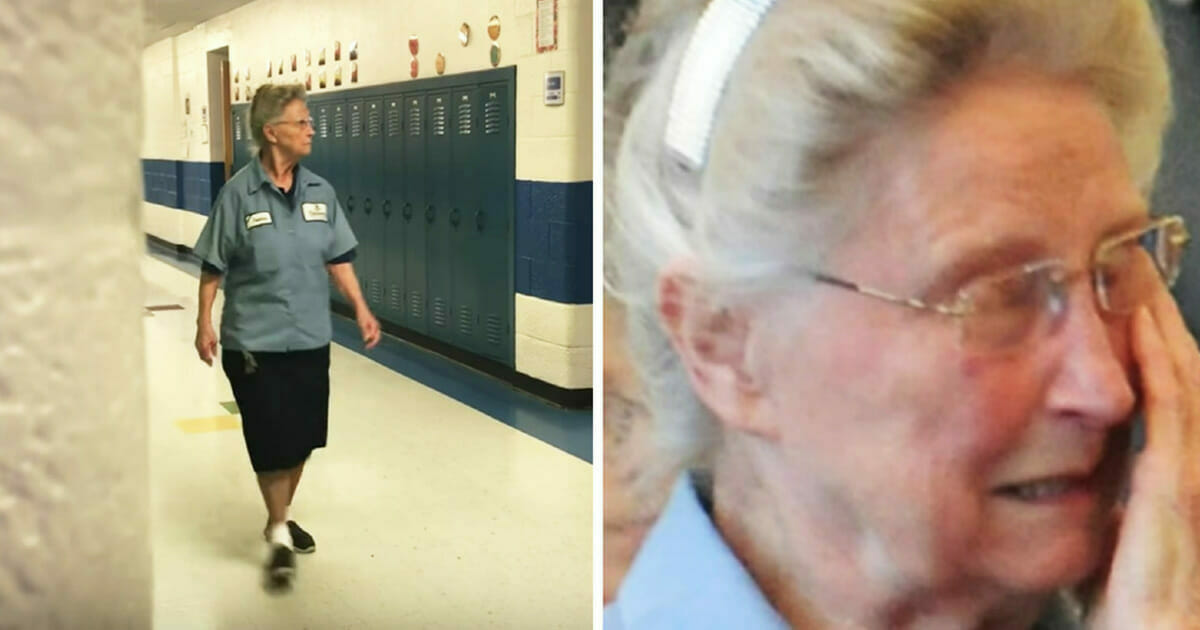 Everyone has secrets. Sure, some are larger than others, but all of us have things we don’t want others to know.

While we know it’s often better to get things off our chests, some people never muster the courage to tell others. They’re afraid of being judged, condemned, or, in the worst case scenario, outcast.

When Frances Buzzard started as a caretaker at the Belle Elementary School in West Virginia, USA, everyone thought she would just be another member of staff …

The longer time went on, however, the more people began to notice her efforts. She was meticulous with her job and never complained about anything. On the contrary, she got on with her work and conducted herself like a model professional. Many were left impressed.

But, one day, the principle learned that Frances was hiding a secret.

Frances came to learn that it doesn’t matter how many years have passed; if there’s evidence, there’s always the risk of a secret coming to light.

It started when Frances heard a message over the school’s loudspeaker system. She was asked to come to the cafeteria right away. She hurried there, assuming she needed to clean something up.

The secret is out

Her secret was out, though nobody had spilled it. The principle had instead learned something, and couldn’t help but make a big deal of it after he did so.

That day was Frances’ 77th birthday. As she stepped into the hall, she was met by 200 cheering students. Of course, turning 77 is always something to celebrate, but this day was extra special.

You see, when Frances was growing up, her family never had much money. She couldn’t recall celebrating birthdays or Christmas with her family; there simply hadn’t been the money to do it.

In that cafeteria, Frances was sang to for the first time in her life. The students cheered and wished her well, and presents were brought out into the hall. The school had also worked on a mini film that included Frances’ face in various famous events that she had lived through.

It’s great to see France’s expression when she realizes that the occasion is for her and no one else. What an incredible gesture from the school!

Watch the video below to see Frances enjoying her birthday surprise:

If this put a smile on your face, and you want to wish Frances well, share it with your friends on Facebook!