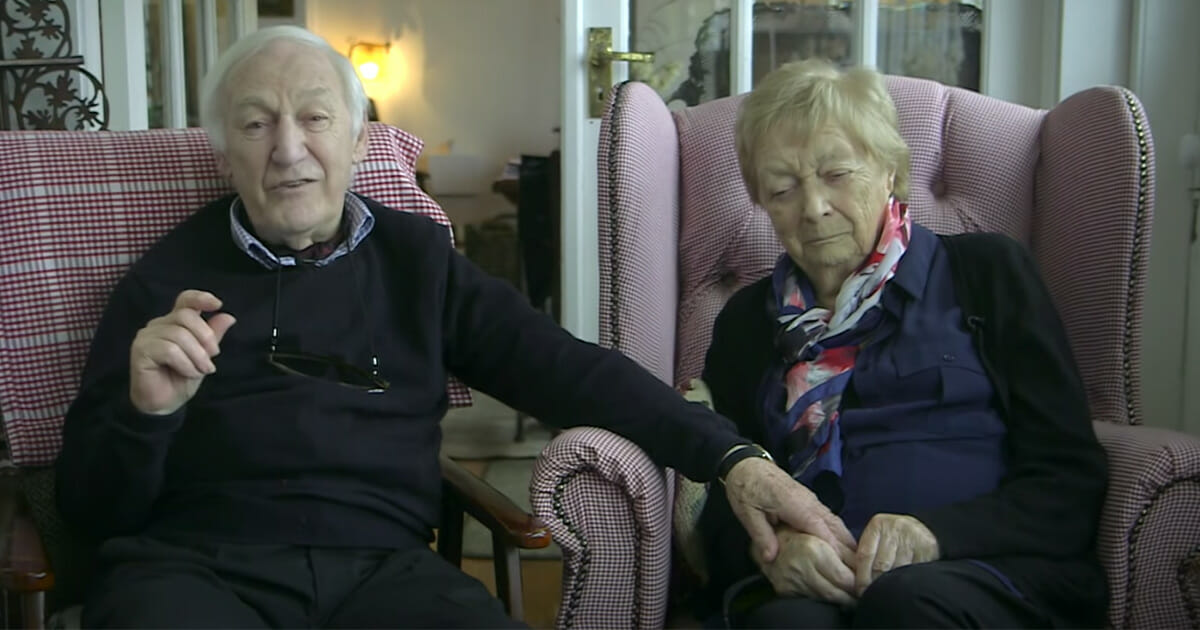 Getting old is an inevitable process, but one that brings with it a number of changes that can take some getting used to.

Without a doubt, one of the most troubling effects of natural ageing is the diminished physical capabilities. Things you used to take for granted become increasingly difficult, to the point where your very independence can feel like its slipping away.

Sadly, this was the case with Mona Manahan of Waterford, Ireland, whose advancing age left her incapable of applying her own make-up. Though her exact age remains unknown, Mona’s failing sight, coupled with her shaking hands, means she can’t do the simple things that she used to.

However, in a truly heartwarming video produced by the BBC, it was revealed that Mona doesn’t have to worry about her make-up: Her husband has learned how to apply it for her.

Every day, 84-year-old Des Manahan applies make-up to his wife’s face so that she can feel beautiful. Needless to say, the BBC’s video has gone viral since being uploaded, having melted hearts the world over.

Des has even taken make-up classes to ensure he’s doing the very best job possible, with the story of the couple’s inspiring romance having reached as far as Kim Kardashian’s own make-up artist.

In the interview, it’s clear to see the love Mona and Des still have for each other. They’ve been married for 56 years and Des has taken to helping his wife wherever possible, despite the fact he doesn’t think she needs to try and make herself any prettier.

“I always believe less is more and there’s no way I want my lovely (Mona) slapped up in stuff…” he says in the video.

Last month, Mario Dedivanovic, a make-up artist for stars such as Kim Kardashian, caught wind of Des and Mona’s emotional story and invited the couple to his Master Class session in London.

A few months ago I heard the story of Des & Mona, a couple from Ireland. Mona began losing her eyesight and her husband Des began taking makeup lessons at Benefit Ireland with @rosieodriscoll74 so he could learn to apply her makeup for her ♥️♥️ I called my manager and told her i wanted to invite Des, Mona and Rosie to #TheMasterClass and we had to make it happen. Big thanks to @benefit_ire for helping me to make this possible. My heart felt so full seeing them there in front of me. My highlight of #TheMasterClass London and of the year ♥️ ♥️♥️♥️ #TrueLove #benefitireland

You can watch the BBC’s incredible video below. *Caution, you may need tissues for this one:

Yep, it’s safe to say we have tears in our eyes as well. Well done to Des for setting the benchmark for partners everywhere – you’re a true gentleman!

Did you find this story/video emotional? If so, be sure to SHARE it to brighten someone else’s day.