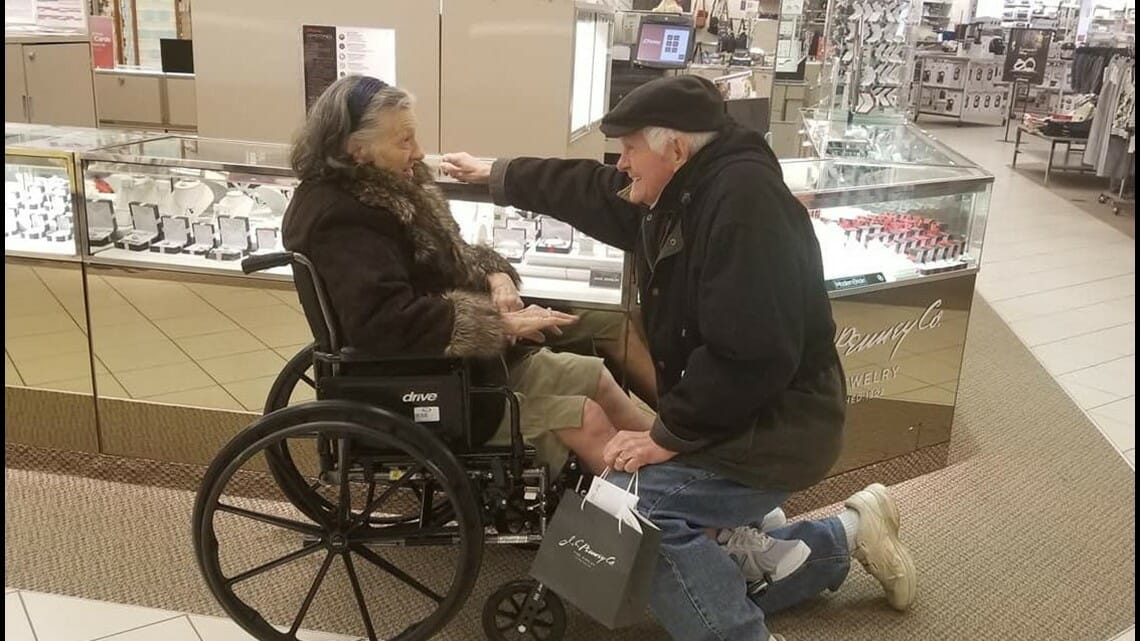 Well, one 85-year-old has lent credence to the idea that saying might just be true. According to reports, Karl Von Schwarz had promised his wife of almost 63 years that he would buy her a new engagement ring if she was able to successfully undergo her surgery.

That’s exactly what she did, and so last week Karl did something that’s making headlines …

Christina Von Schwarz, a North Texas resident, said that the love between her grandparents hasn't withered. An example of that can be found in a simple act of love her grandpa orchestrated last week. https://t.co/FRL1cdfwSL

Karl Von Schwarz and his 82-year-old wife, Donna, were married way back in 1956, having met and become sweethearts in high school.

The couple currently live in Youngstown, Ohio, and their love for each other is clearly as strong as it has ever been.

“They’re definitely something to strive for in a relationship.”

Unfortunately, the couple have had to endure some tough times of late. In the past 10 months alone, Donna has suffered a number of strokes, a brain bleed, and had open-heart surgery. Of course, that hasn’t diminished a shred of the couple’s love for one another.

Donna needs a wheelchair to get around now, but to Karl she’s every bit the girl he fell in love with over 50 years ago.

As if this was ever in doubt, he promised to buy his wife a new engagement ring once she had completed heart surgery. When Donna came home, she did so with the expectation that Karl would make good on his promise.

Will you marry me? Husband gets down on one knee again after 63 years of marriage https://t.co/8h5hdBLBTG pic.twitter.com/nABYHCBQ6z

So it was that the couple made the journey to a department store where Donna could pick out her ring.

In an act that has hearts everywhere melting, Karl got down onto one knee and asked his wife to marry him again. Of course, she said yes.

Christina posted a video of her grandparents on Twitter, and it quickly garnered attention … as well as more than 25,000 likes.

“I told them that they were famous on Twitter and they were so happy,” Christina said. “I never thought it would blow up, but it definitely deserves the recognition that it got.”

For Karl, the re-proposal was an easy thing to do.

“It was great because it’s a gal that I’ve loved all of my life,” he explained. “It was very easy. You know, we’ve been together so long that we can’t stay apart really.”

True love never dies, and though Karl didn’t need a material object to prove his love for Donna, his was certainly a beautiful gesture all the same.

I can only hope I have a romance like that, and that when I’m their age I’ll enjoy a bond every bit as special.