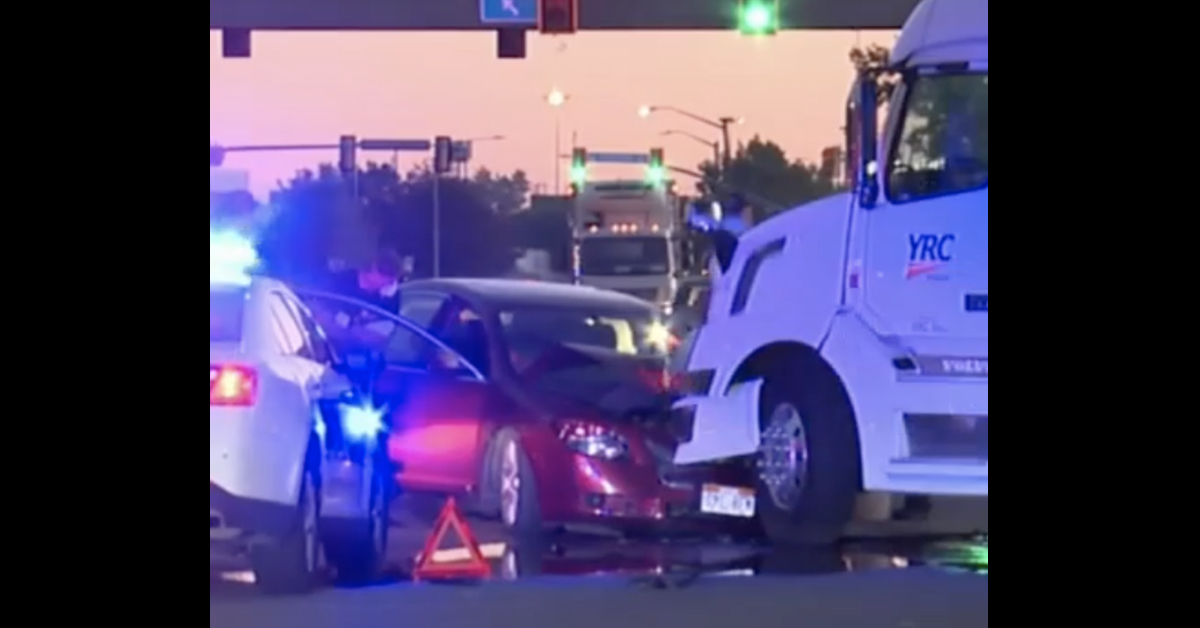 It was supposed to be a beach vacation for two sisters aged 9 and 4 but they decided to leave without their parents and drive themselves.

The two girls from Utah decided they were going to drive over 700 miles to California and took the keys to their parents’ car while they slept.

They then crashed into a tractor trailer but thankfully were uninjured.

The girls’ parents learned of the crash when police showed up at their door, as per ABC 7 News.

The 9-year-old driver then swerved into the path of the truck on a highway frontage road in the Salt Lake City suburb of West Valley City. When police attended the girls said they wanted a beach vacation.

Thankfully, the girls were wearing their seatbelts while big sister managed to drive 8 miles toward their beach vacation.

Drivers reported seeing a car driving erratically, and at one point bump into a pickup truck, but did not realize that a child was at the wheel, ABC News reported.

Thank goodness nobody was injured in this crash. This 9-year-old is clearly very independent and the parents may want to hide the car keys from now on. Please share.