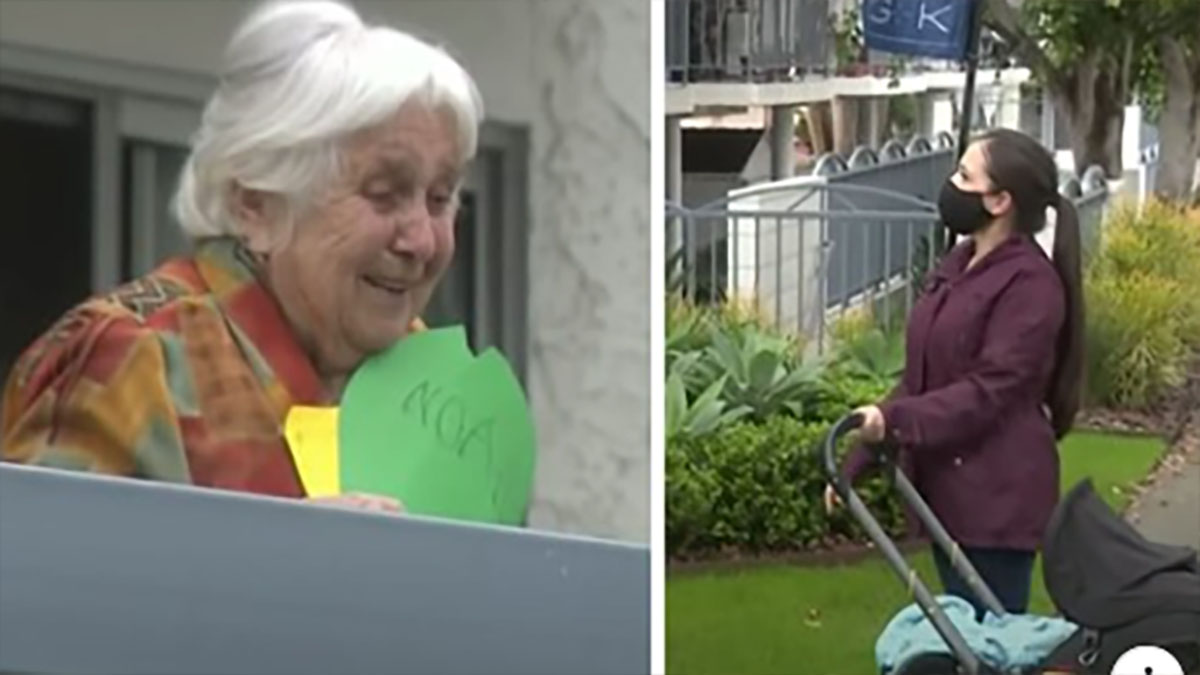 Like so many seniors living alone, this year has brought even more isolation as families stayed away from their elderly relatives to keep them safe.

Klara Kharkats has kept herself safe during the pandemic by going into self-isolation. The only social interaction the 95-year-old World War Two refugee had was with her granddaughter.

Every two weeks Klara’s granddaughter Rozanna Handrich brings her baby and stands outside her grandmother’s apartment in Redondo Beach, California, to enjoy a chat.

But the elderly great-grandmother, who fled her native Ukraine during the Second World War, was threatened with eviction for leaning out to chat with her granddaughter after her landlord said he had received noise complaints.

Rozanna said without their chats from the street her grandmother wouldn’t have any social interaction.

“We are just really scared to get her sick. None of us want to be the reason anything happens to her,” Rozanna said, as per the Metro newspaper.

“So it’s just her sitting in a room. I get sad just thinking about it because I can’t imagine what it’s like to just sit by yourself all day long.”

Klara’s apartment manager had advised her to allow her granddaughter to visit inside her apartment.

“Continued violation of your lease rules and regulations will result in further action which may include eviction.” the warning notice said.

Rozanna says her grandmother is afraid of any type of disruption given her history, and despite the notice will continue to visit her for the sake of her well-being.

Sarah Furchtenicht, from property management company GK Management, has admitted the warning was “insensitive” and said neighbors had complained over claims they were shouting at each other.

Furchtenicht said she urged the two women to continue their visits, but to chat to each other over the phone to lower the noise level for neighbors.

I cannot imagine being the type of person who would complain over a 95-year-old woman talking to her granddaughter once every two weeks from her balcony, even if she was shouting.

During such difficult times we must be kinder and more understanding of others and I hope these two can continue their chats without fear of any further complaints.