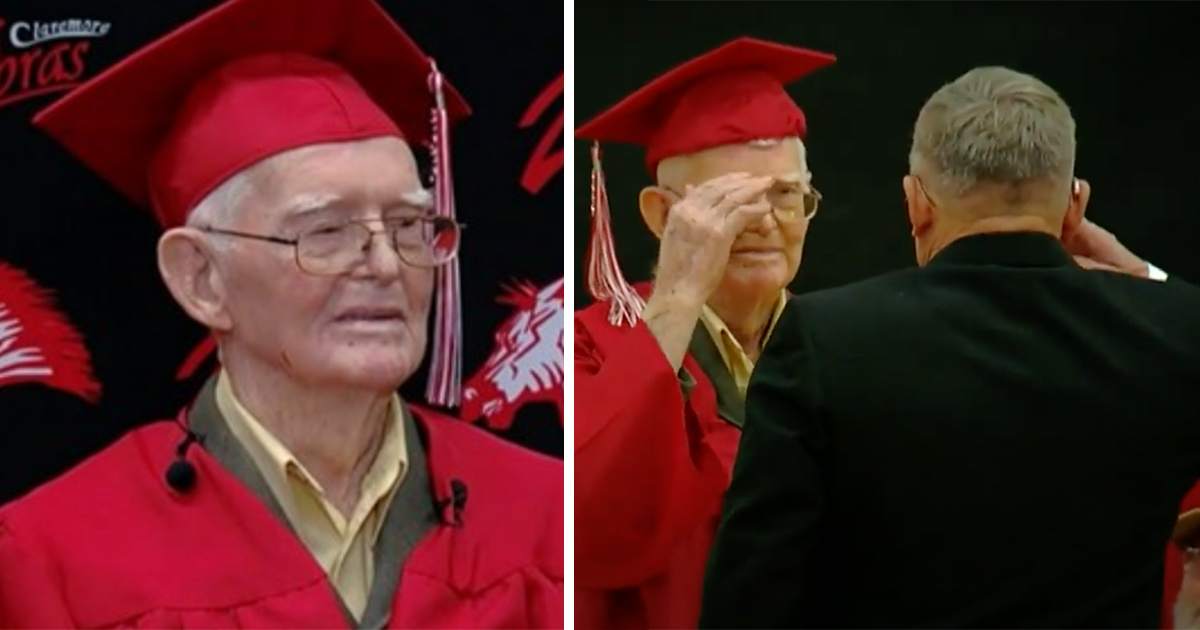 You’re never too old to achieve your dreams and goals.

Sadly, that’s a fact too many people seem to ignore. They think that once they’ve gone past a certain age or crossed a certain milestone that the ambitions they once held must go in the trash.

Fortunately, there are some who prove that age really is just a number, some who accomplish things in the latter stages of their lives that are every bit as impressive as if they had done them when they were young. Heck, sometimes they’re more impressive!

Shaw is a WWII vet, so he’s already earned a ton of respect from me. An orphan by age 12, he left school at 17 and worked as a janitor and school bus driver before enlisting in the Marine Corps in 1943. As a result, he never got his high school diploma.

“I was a little hard-headed,” Shaw said. “Algebra was my pitfall at school. I refused to try to learn algebra.”

During the course of WWII, Shaw saw combat with the 4th Marine Division in battles at Tinian, Iwo Jima, and Saipan. He claimed his post-war life was rather dull by comparison, but he had something new to celebrate last year when attending a Veteran’s Day ceremony.

As per reports, the Claremore public school in Oklahoma wanted to honor him at a special graduation ceremony. He was made Grand Marshal in the Claremore Veteran’s Day Parade, receiving his long-overdue honor before students and faculty.

The 95-year-old even shed a tear upon collecting his diploma. “It’s surreal,” he said, whilst offering the youth of today some valuable advice: “My advice to them is keep on clawing, keep on digging. Get that education.”

Wow! I don’t know about you, but that certainly brought a tear to my eye. Corporal Lewie Shaw, well done, and thank you for your service!