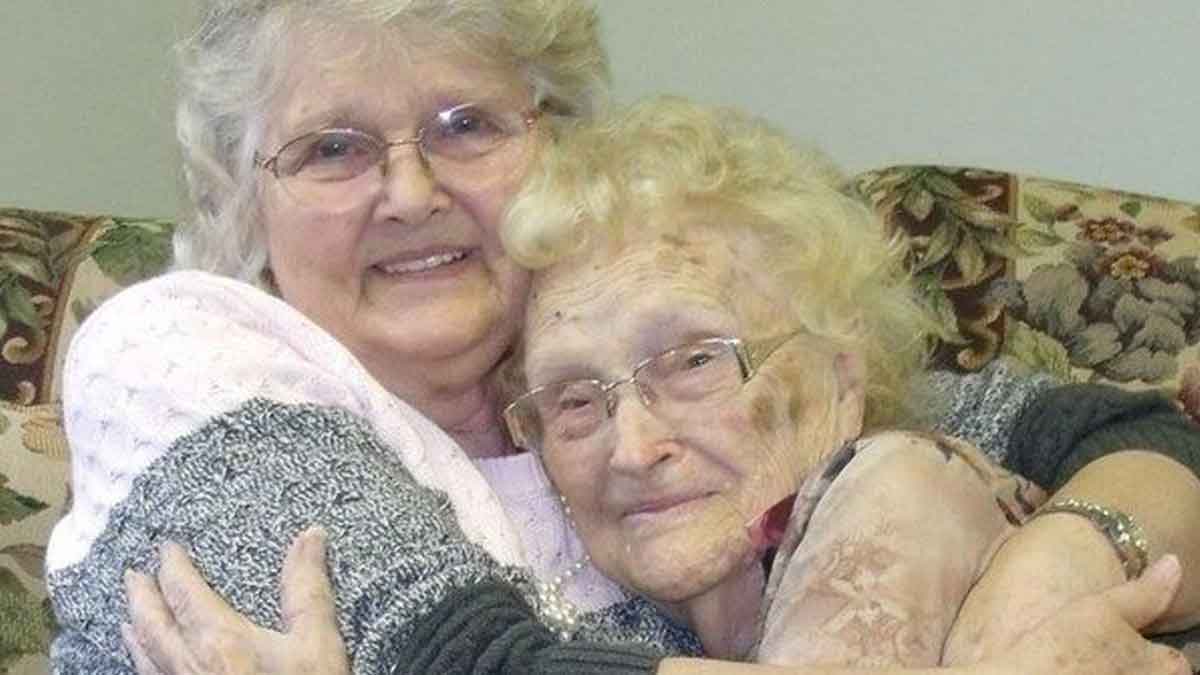 They say the best things are worth waiting for, even if it takes a lifetime.

For more than 80 years, Lena Pierce had been separated from her daughter, but one cold snowy day in January 2016, Lena finally got to reunited with the baby girl she was forced to give up when she was just a teenager in 1933.

Lena, born in 1919, lived a difficult life that began when her father died while she was an infant. She and her mother frequently traveled before settling in central New York.

When Lena was 13 years old she became pregnant. She gave birth to a daughter, Eva Mae, on February 11, 1933 in Utica, New York. But after six months her daughter was taken away from her due to her status as a ward of the state.

Eva Mae was adopted by a family on Long Island and grew up as Betty Morrell. She was an only child and longed for siblings. Little did she know that her biological mother had several children, and one day they’d all be excited to meet her.

Betty never questioned her family until a neighborhood kid said she was adopted.

“I didn’t even know what adopted meant,” she said according to ABC News.

She questioned her mother and she confirmed the adoption and was told her birth mother was dead.

“I understand why she said that,” Betty said. “She didn’t want me to look.”

Betty left it alone for years until her mother died and little clues started to reveal themselves. Her aunt let it out that Betty used to be called Eva, and she was born in Utica.

That’s what set Betty on a 50-year journey to find her birth mother.

“I know I was loved and had a wonderful family. There was that missing link. It just kept driving me.”

She began by contacting all of the hospitals in Utica. She heard back from one that had two births on February 11, 1933 – one of those births was a girl named Eva.

In 1983 Betty received a letter from the adoption agency, but since her adoption was closed she was unable to find out anymore information. Although disappointing, Betty continued to live her life on Long Island before moving to Florida.

It wouldn’t be until one of her grandchildren, Kimberly Miccio, was 12 years old, that Betty would restart her search for her biological mother.

For two decades, Kimberly searched for her grandmother’s long lost family, and in September 2015 she finally caught a break.

She found a distant relative on Ancestry.com who then put her in touch with Millie Hawk, one of Lena’s daughters.

Not only was it exciting to learn Betty had at least one other sibling, but they learned Betty’s biological mother was still alive!

She later found out she had four sisters and two brothers.

While Betty was ecstatic to find her mother after all these years, Lena was just as excited to learn her daughter had been found.

After speaking with Betty, Millie visited her mother, who was about to play bingo at the fire station next to her apartment in Hallstead, Pennsylvania, and shared the good news.

“She broke down and started crying. She was crying so much she couldn’t even go to play bingo,” Millie said.

Once the two were able to speak on the phone they set up a date to reconnect in person. The emotional reunion – remarkable not just because of how much time had passed but also because of each woman’s age, an 82-year-old daughter and 96-year-old mother – happened at the Greater Binghamton Airport one day in January 2016.

“It was amazing. Both of them were crying,” Kimberly said.

After their reunion the two kept in touch, and Betty developed a strong relationship with her sister Millie.

“It’s an experience that not many get at my age or my mother’s age,” Betty said. “It’s the best thing that’s happened to me.”

The two were able to reunite just in time as Lena died just a few months later in October 2016.

This story is so precious! It’s unbelievable that Betty searched for 50 years, but in the end it finally paid off.