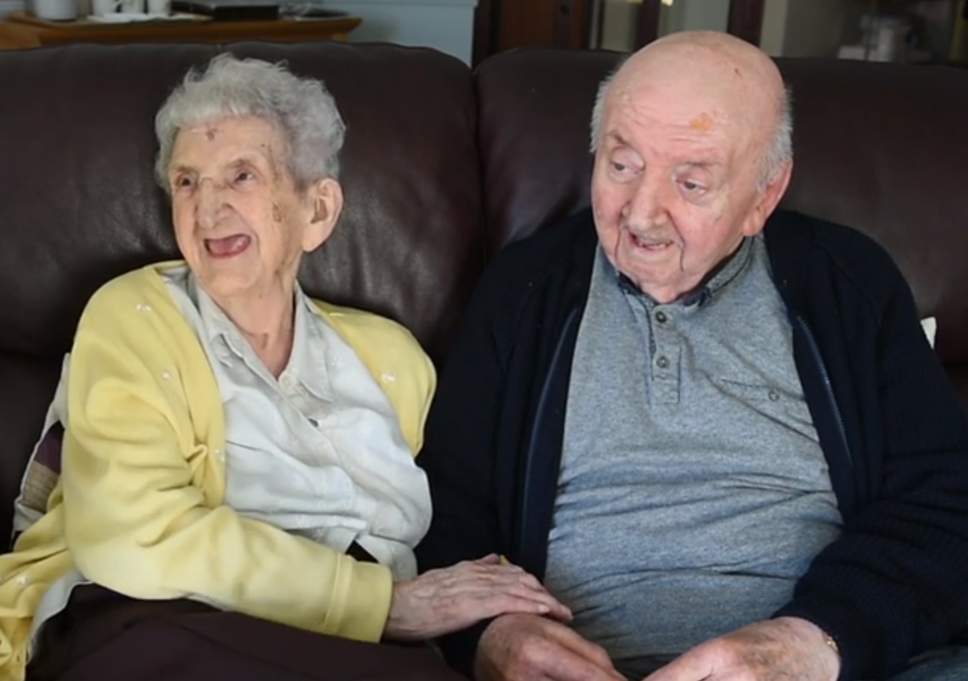 A mother’s love for her children is eternal, this much has been proven since the dawn of time.

The bond between a mom and her offspring is evident across the world, not only in humans, but in the vast majority of animals too. It’s the reason mothers will risk their very lives to protect their young, and aren’t whole if something goes wrong, or they feel their children are struggling.

For one mom, 98-year-old Ada, the idea of her son needing assistance meant there was no question of her not helping him. The most special thing about it? Her son is 80-years-old himself.

Last year, Ada moved into the Moss View care center in Liverpool, UK, not because she needed any sort of assisted living, but because she wanted to be there to care for her eldest son.

Tom Keating was the oldest of Ada’s four children, and had taken up residency in Moss View a year prior to Ada moving in. He’d lived with his mother for most of his life, so the pair were well used to living with each other.

As a result, Ada saw it as an obvious course that she follow suit and take a room in Moss View herself.

According to Philip Daniels, the manager at Moss View: “It’s very rare to see mothers and their children together in the same care home and we certainly want to make their time together as special as possible.”

Tom’s two living siblings – his sisters Barbara and Margi – visit the retirement home as frequently as possible, whilst Tom and Ada spend their days playing board games and watching their favorite soap opera, the British show “Emmerdale”.

“It’s very touching to see the close relationship both Tom and Ada share and we are so pleased we were able to accommodate both of their needs,” Philip said.

What a sweet tale of motherly love that truly knows no bounds!

Is this something you would do if your lucky enough to live so long?

If you think it’s incredibly cute, then share this article on Facebook for your family and friends to see!