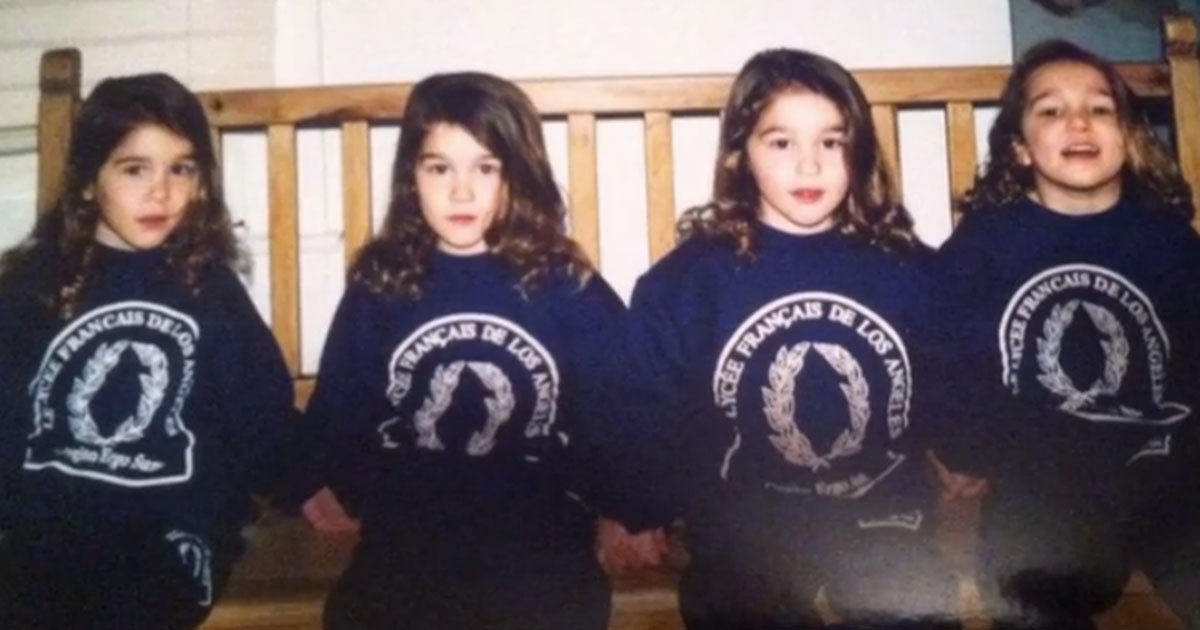 This is a very tragic story. But it’s also a story of hope, love, and four very strong sisters. I want to share it with you here because it proves that we can do anything if we just support each other and believe in ourselves.

Outwardly, quadruplets Bianca, Madison, Tiffany, and Paris Lucci had a perfect life. They grew up in a large home in Beverly Hills with their successful parents. The family had plenty of money and a pool in the backyard.

But behind the walls, the family was falling apart. The girls were beaten by their father. Once, he hit one of his daughters so badly that she broke her arm. He gave the girls less food than the rest of the family and they always went hungry. Their father only cared about the girls’ brothers.

The first time their school discovered what was going on in the home was when the girls were in the sixth grade, One of the girls came to school with a head wound and the police got involved. It was the first time the girls learned about foster care. But it would be a while before social services took them away from their dangerous situation.

Because the girls didn’t receive enough food from their father, the community stepped in to help them. Their math teacher snuck food to the girls so they could eat their fill.

One day, their mother was out to buy gifts for the children, but never came back. That evening, the police came to the house to pick up girls. The quadruplets were placed in foster care and entered the next phase of their life.

“Some of the foster parents love the children they care for, but others only care about the money they earn,” says one of the sisters.

The sisters were separated at first and had to move many times between foster homes. Their father continued to haunt them, and threatened their foster parents to try and get them to renounce the girls. But despite all the hardships that kept the sisters apart, they have an incredibly strong bond with each other.

“If I had been alone, I don’t know what I would’ve done. I didn’t have anything. My sisters are my great support,” says one of the girls.

Despite their difficult childhood, today they are four strong 19-year-olds who choose to go out and talk about their childhood. When they were younger, they were told that they’d never be able to graduate because they were foster children with a troubled upbringing. But together, they succeeded.

Today, the quadruplets were happy that they were placed in foster care. Even if they miss having real parents, they look optimistically to the future.

“We will be successful and we will never treat other people like our dad treated us,” say the sisters.

I recommend everyone to see their moving story in the movie below. I was in tears at the end when I see how strong and wise they are today.

To support the quads and other foster children, share this story and visit the girls’ charity, Case of Love!