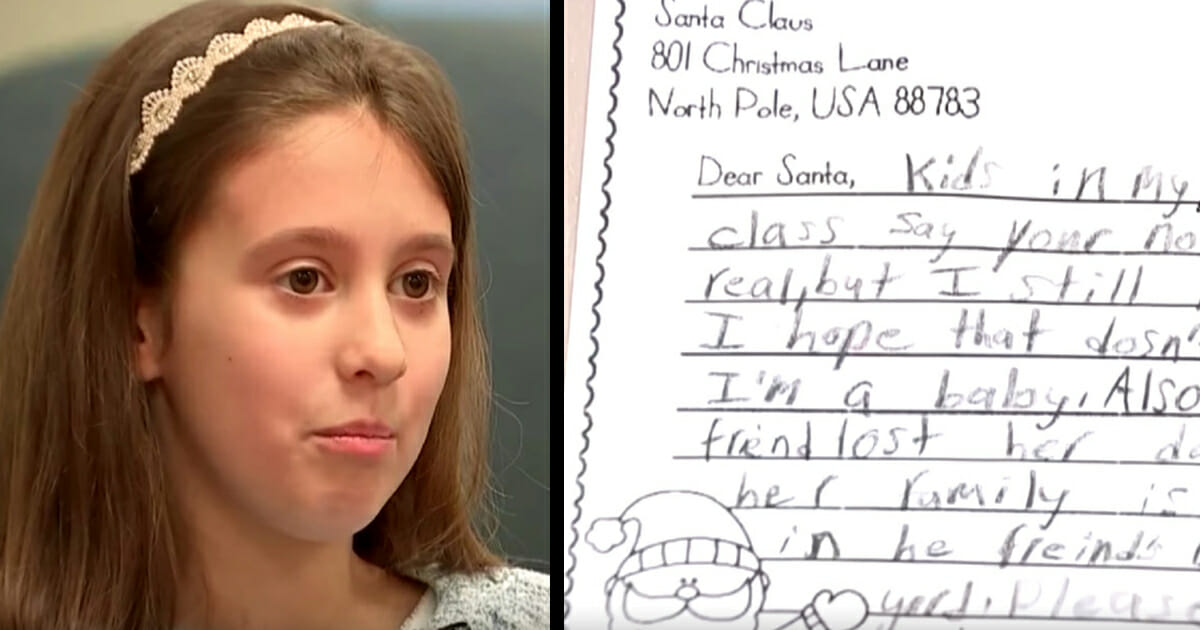 Christmas is upon us (alright, we’re a few days short, but it’s virtually here). It’s a time for gift giving, love spreading and festive cheer.

Of course, in the midst of all the hype, many of us can forget what this time of year is all about. Yes, presents are great and colorful decorations are pleasing to the eye, but it’s the time spent with loved ones, and true gestures of good will that really bring that feeling of inner-warmth money simply can’t buy.

9-year-old Riley Bylone knows this better than most. The young girl recently wrote a letter to Santa Claus … and it’s touching people the world over for all the right reasons.

Children writing letters to Santa is nothing new. Kids the world over annually send floods of messages asking for gifts of one kind or another.

Riley wanted to do the very same, but with a slight twist. Whilst shopping with her parents, she submitted a letter that’s since taken the internet by storm.

You see, Riley didn’t ask for a new bike; she didn’t want a games console or clothes or money. Her letter to Santa went like this:

“Dear Santa, kids in my class say your not real, but I still believe. I hope that doesn’t mean I’m a baby. Also my friend lost her dad, and her family is living in he friend’s backyard. Please help! I hope it is ok to not ask for a present.”

It was the employees at Lowe’s Millville store that sifted through the letters. Upon reading Riley’s, however, they instantly knew they had to share it with the world.

“Well that’s there’s a kid that’s really selfless and wants to do something for one of her friends and also that there’s a child out there in this situation in the holiday season,” Kevin Betchner, Lowe’s Millville Department manager told CBS Philly.

Kevin and his team shared the letter on social media, and it soon went viral. They were then able to meet the girl herself, and speak with her proud parents.

It turned out Riley’s friend’s situation wasn’t quite so bad as her letter had described, but we can put that down to the over-zealous nature of children.

For more on Riley’s heartwarming story, watch the video below:

That sure is one thoughtful kid!

If you were left with a smile thanks to Riley’s letter, share this article and help us spread some cheer!