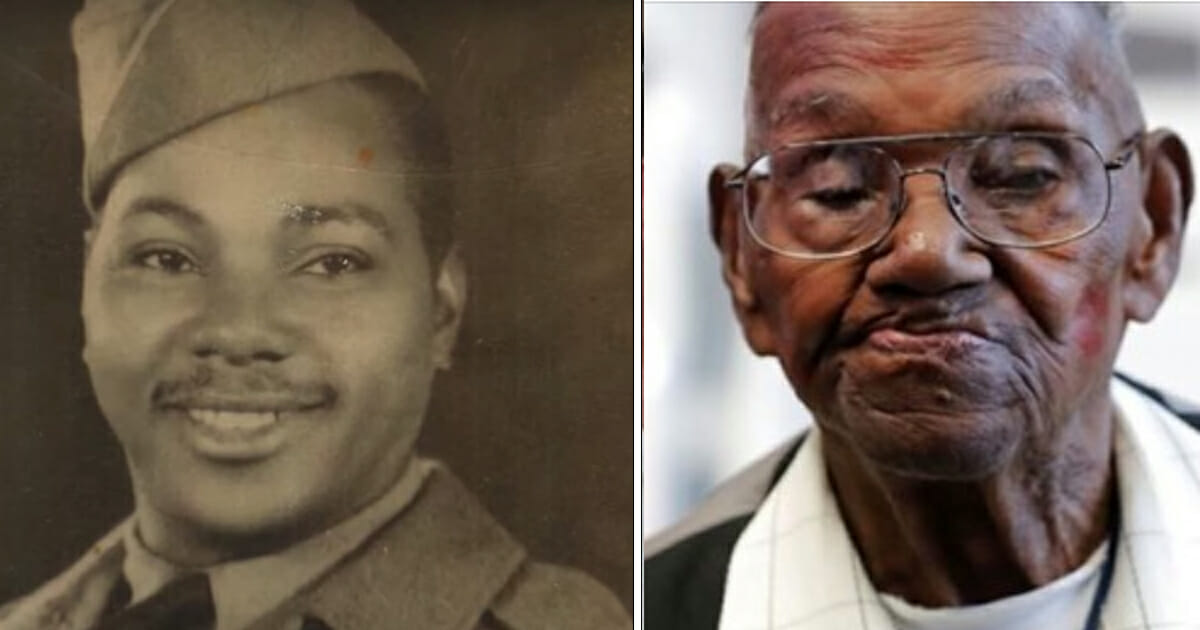 Lawrence Brooks. You may not know his name, but you certainly should.

Happy birthday Lawrence Brooks, who at 110 is the nation's oldest WWII veteranhttps://t.co/ALPqs1MVXB pic.twitter.com/YvPc6mm7Dr

The 110-year-old Brooks served initially as a servant to three white officers within the 91st Engineer Battalion, stationed in New Guinea and then the Philippines. His duties included cleaning their sheets and uniforms, as well as shining their shoes.

He was recently honored at the National World War II Museum in New Orleans, and now holds the distinction of being America’s oldest living WWII veteran. The title had previously been held by Mr. Richard Overton, though he sadly passed away at the age of 112.

As it happens, the National World War II museum has been celebrating Brooks’ birthdays since he turned 105 back in 2014.

Speaking on their relationship with the former soldier, the museum’s vice president, Peter Crean, said: “We absolutely love Mr. Brooks. We’ve told him, ‘As long as you keep having birthdays, we are going to keep having birthday parties for you here.’ We consider him ‘our veteran.’”

ICYMI: Lawrence Brooks, considered to be the nation's oldest living World War II veteran, was serenaded and showered with kisses during a celebration at the National World War II Museum. https://t.co/YmOMqjd1DW

Brooks uses a walker, is blind in one eye and has poor vision in his other, but that’s to be expected when someone reaches such an incredible age.

“I’ve started to think about not having many birthdays left. But I’m not worried about it, because God has let me live this long already,” Brooks explained.

“I think it’s because I’ve always liked people so much. Oh yes, I do.”

Happy Birthday, Lawrence Brooks! Thank you for your service to our country.

Share this article if you, too, want to pay your respects to this great man.