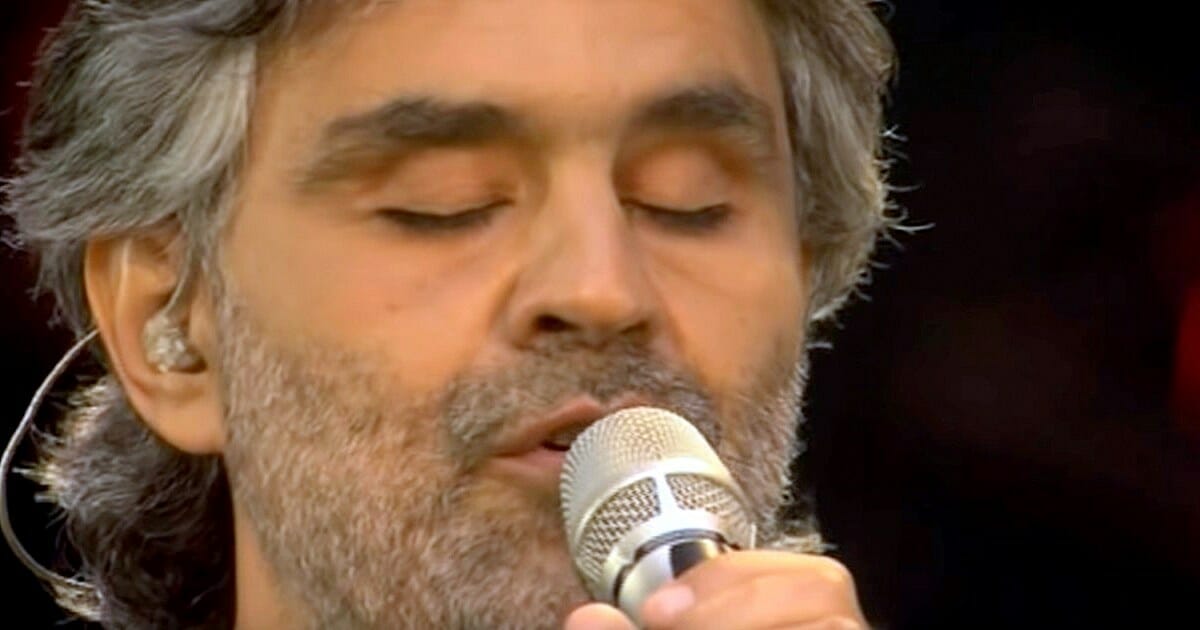 We will simply never get bored of listening to Andrea Bocelli.

The Italian singer has proven his generation-transcending talent time and again, establishing himself as one of the most eye-catching tenors in history.

“La Voce Del Silenzio”, “Dare to Live (Vivere)”, “The Prayer”, with Celine Dion, and “Fall on Me” … they’re but a few of the classics he has soothed our ears with.

So it’s no surprise that when Bocelli paid tribute to one of the most famous musicals of all time, The Phantom of the Opera, it quite literally knocked people off of their feet.

Though blind since the age of 12 – when he suffered a soccer accident – Bocelli has never been one to be curbed by the limitations life tries to place on him.

Instead, he’s flourished throughout his career, going from strength to strength with a voice that is simply magical.

There’s one particular performance worthy of special praise, however, and it was a memorial concert for the late Lady Diana at Wembley Stadium. The chosen song is “The Music of the Night” – from the aforesaid musical by Andrew Lloyd Webber – and he has the entire audience captivated.

Joined by an operatic ensemble, the Italian enchants right from the off with his dulcet tones, before stealing the show with an epic finish.

You can watch Bocelli raise the roof in the video below:

Few can argue Andrea Bocelli isn’t one of the greatest musical talents of our time.

The 60-year-old continues to impress and improve in his career, and that in itself is exciting for all of us who get to witness it.