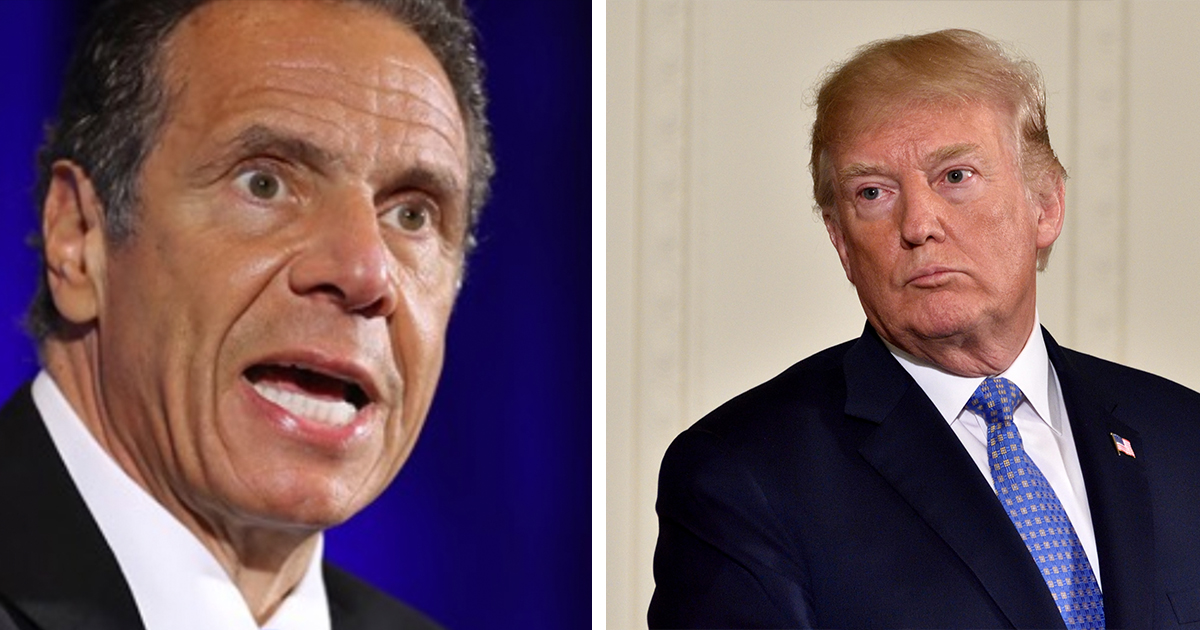 New York Governor Andrew Cuomo has fired a vicious verbal barb in his war of words with Donald Trump, claiming that the president has the blood of New Yorkers on his hands.

According to reports, Cuomo said yesterday (Tuesday, October 20) that Trump is to blame for “every” COVID-19 death in New York.

So far, more than 33,000 New Yorkers have died as a result of coronavirus, and Cuomo knows exactly where he’s laying the blame.

“I hold Donald Trump responsible for every death in New York State from COVID because Trump lied,” Cuomo said. “And in combination with his lies, he was incompetent. It was his lie that said this was nothing to worry about, that this was a hoax.”

62-year-old Cuoco claimed the Empire State would have been better prepared for the pandemic – which at its peak was claiming more than 1,000 lives a day in New York – had Trump warned Americans about the severity of the virus early on.

He also played down Trump’s attempts to point the finger of blame solely at China.

“New York State had that big burst because it came from Europe, and not China, and they never did a European travel ban because he was lying to the American people,” Cuomo said. “He is the super-spreader that brought the virus to America.”

Cuoco’s comments came in response to an attack by Trump on Monday, with the president tweeting that the New York governor had shown “tremendously poor leadership skills” by releasing a new book in the midst of the pandemic.

“Cuomo failed to protect innocent New Yorkers from COVID-19 as he recklessly forced positive individuals into his state’s nursing homes while writing a self-promotional book.

“His revisionist history cannot erase his grossly incompetent decisions or the fact that President Trump took bold, aggressive actions that saved lives in New York and every state across the country.”

Earlier this year, Trump admitted to journalist Bob Woodward that he had downplayed the seriousness of COVID-19 because he didn’t want to cause “panic.”

Despite that, the USA has been the worst-impacted country in the world, with more than 220,000 dead.

At present, New York has one of the lowest COVID-19 infection rates in the country, thanks to social distancing and face mask restrictions.

I don’t really want to be pointing the finger of blame at anyone, but I can comfortably say that we, as a country, should have done much better with the COVID-19 pandemic.

How many people have lost their lives because the current administration played down the severity of coronavirus and didn’t take it seriously?

Share this article if you want to send prayers to all the families of those who have lost people to COVID-19, and if you’re hoping 2021 is a healthy year!