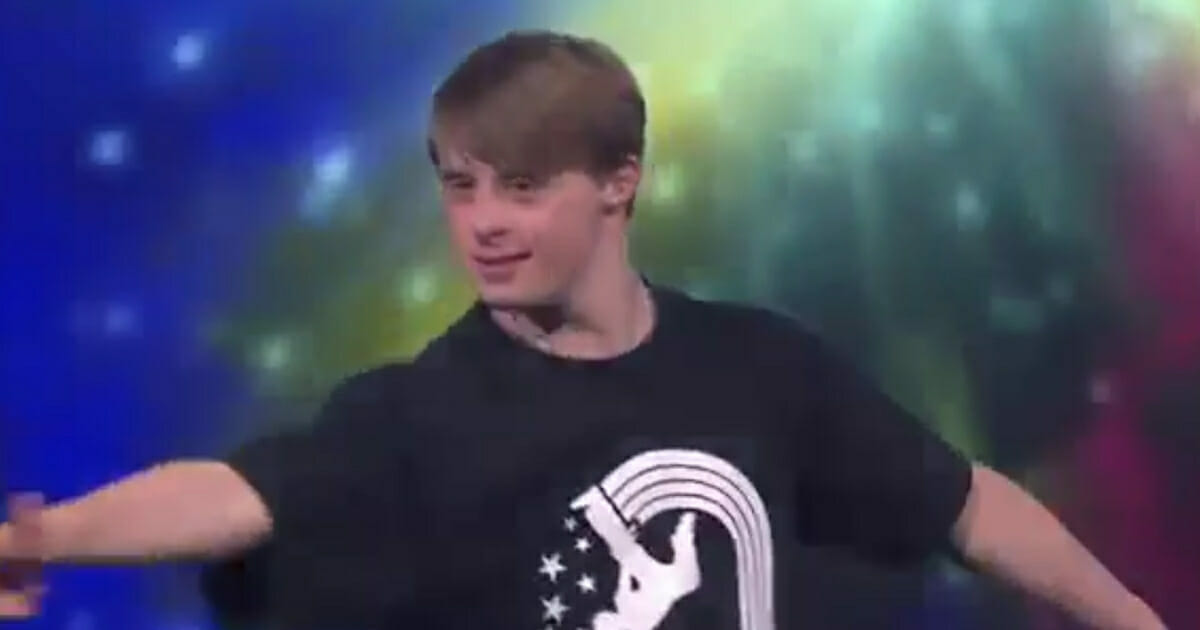 Sadly, there remain many prejudices against children and unborn babies with Down’s syndrome. Only last year was a report released showing that the majority of parents in Iceland who are expecting a child with Down’s syndrome opt to terminate the pregnancy.

In the wake of the statistics, many have been working tirelessly to prove that people with Down’s syndrome can live just a happy a life as anyone else.

One such person is Andrew. When people discovered a boy with Down’s syndrome would be competing in a talent show to be broadcast all over the U.K., there many were many who looked down their noses at him. He gave a quick reminder, however, of why you should never judge a book by its cover.

In fact, by the time Andrew was done, the judges were giving him a standing ovation …

In the show “The Greatest Dancer”, produced by X-Factor boss Simon Cowell, some of the best dancers across England compete for a title that can propel them to stardom in the dance world.

Andrew, a young and happy guy, has Down’s syndrome. For him, dance has proven an outlet for expressing himself. There’s nothing he’s more passionate about.

As per the Daily Mail, Andrew’s mother said: “Dance has helped Andrew’s confidence and self-esteem.”

The clip below shows Andrew getting up on stage and not just completely wowing the audience, but also leaving the judges mesmerized. One, singing sensation Cheryl Cole, was even moved to tears …

Who says people with Down’s syndrome can’t achieve their dreams just like any other person?

Feel free to share this article with friends and family. Give them something to smile about.