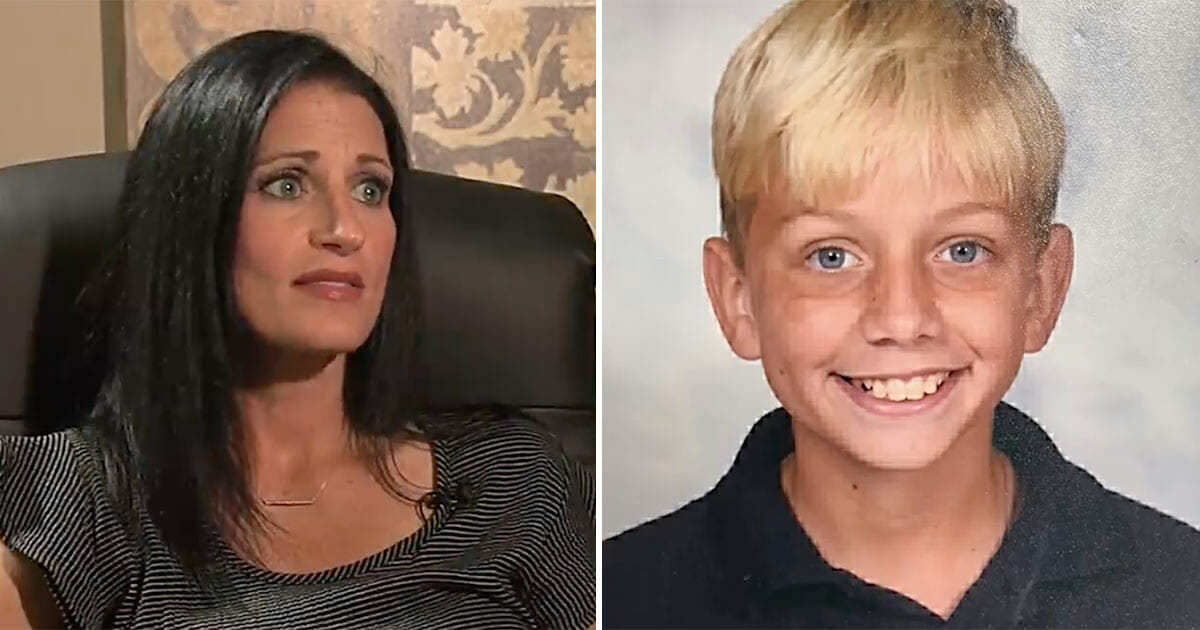 Unsure what to do to investigate further, she decided to send her son to his school in Baton Rouge, Louisiana, with a hidden microphone.

She could never have been prepared for what would be revealed when she checked back the sound recordings.

When 12-year-old Camden Davis began peeing the bed and becoming increasingly aggressive at home, his mom, Milissa, grew worried. She suspected that Camden, who suffers from severe autism, was being mistreated at school. The only problem was that the boy couldn’t properly verbalize what was happening to him.

When Milissa went to the school that Camden attends they did little to help, so she decided to hatch her own plan. One day, she had a rather brilliant idea.

She packed a hidden microphone in Camden’s backpack so that she could hear exactly what was going on around him while he was there. The answers she obtained as a result of this manoeuvre would shock her.

From the recordings, Milissa could hear her son being mocked and harassed by two of his teachers.

“You’re just writing the word. What is hard about it?” one of the speakers can be heard, in the recording shared by WBRZ Channel 2. In the same clip, the teacher can be heard mimicking Camden when he struggles to reply.

In another piece of the recording, two teachers can be heard suggesting the boy wouldn’t “make it for a minute” in public school.

When Milissa played the tape back, she couldn’t believe it was true.

“I just wanted to cry, scream and do everything I could because it was so bad,” Davis said to WBRZ Channel 2. “To think that I had sent my son there every day, and what had happened before, that I didn’t know about.”

The mother published her findings on social media, where they quickly spread. Soon after, the voice bites were picked up by television companies. It resulted in the two teachers involved both losing their jobs. According to WBRZ Channel 2, the school has apologised profusely, both to the boy and to his family.

Milissa has since moved Camden to a new school, and says he is feeling better despite being left saddened by the event.

She’s also thanked the support people have shown them.

“Thank you Baton Rouge for everything you did,” Davis said. “People see these children need to be protected, and I was protecting my child because I knew things were going wrong.”

You can watch a report – and listen to the audio tapes – below:

What a horrible story. A teacher should always be supportive and helpful towards their students. The mere idea that they would bully and mock someone in their care makes me sick, let alone a vulnerable child.

Share this story if you want to help put an end to bullying once and for all.