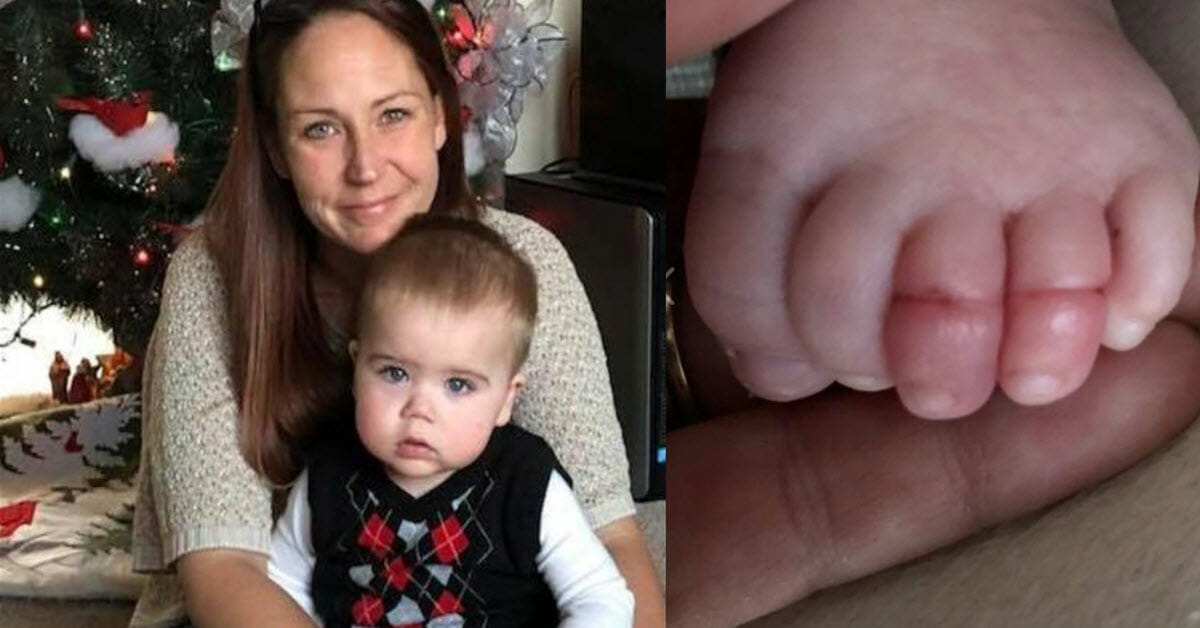 The fact that moms of toddlers seem to be eternally tired is no real surprise.

Their waking hours are almost exclusively spent keeping an eye on their son or daughter, making sure they don’t put themselves in harm’s way, and otherwise attending to their needs.

In addition to being fed and comforted, toddlers generally require around-the-clock surveillance as they come to grips with their new environment.

Even with the utmost vigilance on the part of parents, however, things can go wrong. Mom Heather Fricke knows this as well as anyone.

Heather was attempting to change her two-week-old son’s diaper when she noticed that two of his toes were red and purple, with marks suggesting something had been tied tightly around them.

Upon closer inspection, Heather realized that it was one of her hairs that had wrapped itself around the boy’s toes. It was so tight that it was cutting off circulation.

Heather immediately removed the hair and rushed her son to hospital to make sure no serious damage had bee done. It transpired that one small hair had the potential to cause big consequences … far bigger than many of us would imagine, in any case.

As per Shared, the doctor who examined Heather’s son told her that they may have been forced to amputate the toes had the hair been left where it was. Fortunately, Heather spotted the toes in time and so her son was fine.

After the incident, Heather aimed to warn other parents and encourage them to keep a careful eye on their baby’s toes.

“CHECK YOUR BABYS TOES AS OFTEN AS YOU CAN!!! And if you have a baby boy even his PENIS. Yes I said penis… they are such tiny baby’s and our hair can be such a hazard but it’s something we never really pay attention to.. so plz share this with all your mom friends with little babies!!!!”

Feel free to share this mom’s warning on Facebook. I certainly didn’t know this could happen, and I’m sure there are other moms out there who don’t either.