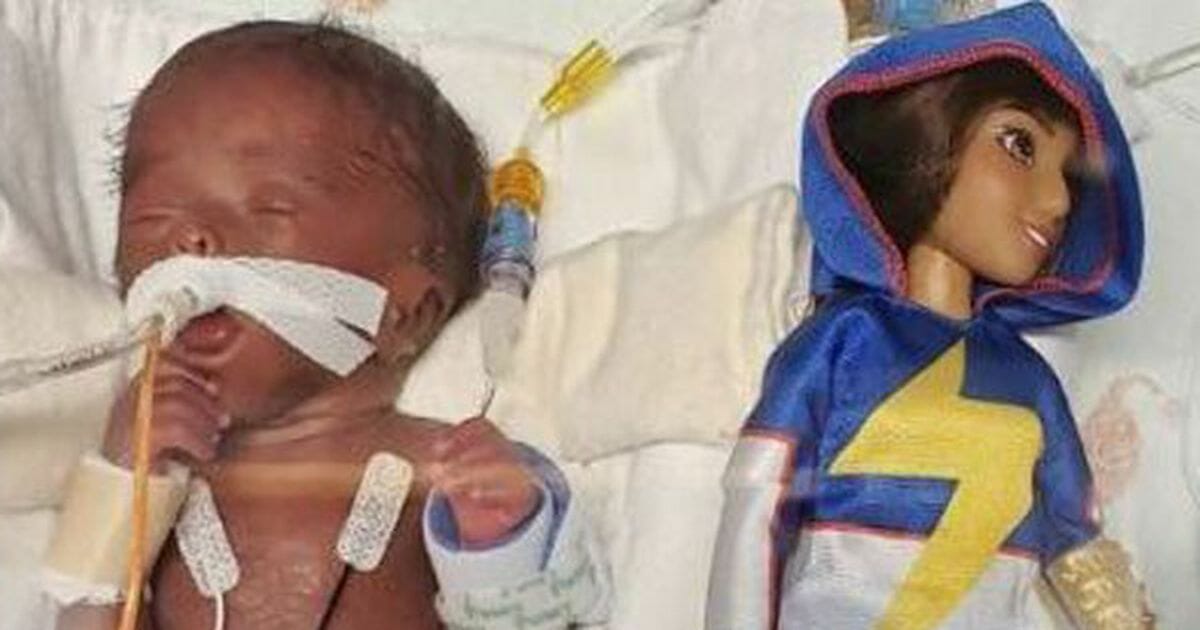 A micro-premie baby born smaller than a Barbie doll and weighing less than a pound has survived to go home, according to reports.

The Daily Mirror say Kallie Bender weighed in at 13oz, which, for some relativity, is the same as a can of soup. She was born premature after only 25 weeks and was reportedly shorter than a Barbie doll.

What little Kallie lacked in size, however, she more than made up for in fight and determination. Despite the fact her dad’s wedding ring could fit around her arm like an oversized bracelet, she pulled through!

On record as one of the smallest babies ever born in the state of Arizona, Kallie defied the expectations of doctors who told her parents she might not survive.

Indeed, medical staff were hesitant to overstate her chances, but fast forward to today and she’s finally been discharged from Dignity Health St. Joseph’s Hospital and Medical Center in Phoenix.

Weighing in at a healthy 7lbs, Kallie is now thriving. Mom Mrs Bender couldn’t be happier.

“It’s bittersweet to leave. But she’s an amazing little fighter and I can’t wait to see the personality she brings to our family.”

When Kallie was born 15 weeks early, she was immediately rushed to NICU. There, she had to rely on a machine to breathe for the first few months of life.

Her doting parents remained by her side, speaking and reading to her, then comforting and cuddling as soon as it was safe to hold her. The medical director at the NICU, Dr Vinit Manuel, had told them Kallie’s chances didn’t look good, but they retained hope.

Mrs Bender said: “I could not be more grateful for the doctors here and for our three primary nurses.

“They love Kallie and took such good care of her every day that they were here.”

Thank God little Kallie survived against the odds. It’s incredible what a combination of faith and science can achieve!

Share this article if you want to wish the Bender family well.