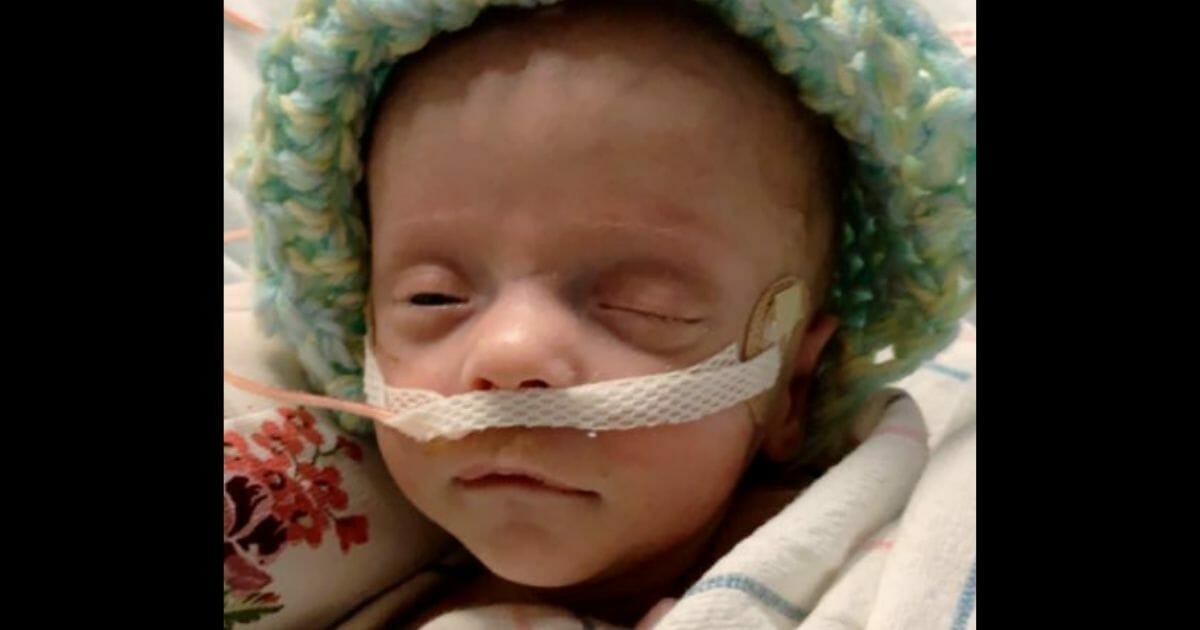 Anyone who’s ever had a child will know there are countless things that need to be considered when your little one finally arrives.

Fortunately, most never have to face the choice posed to parents Emma and Caleb Hawkins this month – the one that asked whether or not to take their infant son off of life support.

Isaac Hawkins was born prematurely earlier this year. Despite being cleared to go home, he has suffered from a number of serious health problems since.

As a result of a seizure in early August, Isaac was transferred to a children’s hospital in Knoxville, Tennessee. There, it was determined that the boy had sustained brain damage, and his health continued to deteriorate through suffering a collapsed lung and continued strokes and seiz ures.

Yet when the time came to turn off his life support, little Isaac proved he’s not done yet with this world …

Posted by Pray for Isaac Hawkins on Monday, 9 September 2019

Emma Hawkins posted an update to her Facebook on September 9, stating: “Yesterday the doctor gave us an impossible choice to make.

“They told us our son would never be able to have any normal function again from his brain injury.”

‘They told us that without the ventilator he would never breathe or swallow or cry again. They asked if we wanted to leave him on life support or remove his vents to let him pass peacefully. Our hearts were so broken but we made the choice to take him off his ventilator and remove the tube that kept him breathing. We didn’t want our baby boy to suffer anymore.”

September 11th update, 4:30PM. Isaac is doing ok. It's been a long day for him. The swallow test proved for now, he…

Posted by Pray for Isaac Hawkins on Wednesday, 11 September 2019

Emma and Caleb knew they had to do what was right for little Isaac. The family prepared themselves to say goodbye to their boy.

“Family gathered to say goodbyes and the time came when we took the tube out,” the post continues. “They told us the chance of him surviving was so slim with the amount of brain injury and with part of his lung collapsed, they expected him to die probably within the evening.

“But they don’t know the miracles of our God.

“As of right now, our little boy is completely off oxygen and is breathing perfectly.

God is listening & hearing our prayers, and the cries of His children! Keep Praying!!This is from Emma, (Isaac’s…

Posted by Pray for Isaac Hawkins on Monday, 9 September 2019

“He’s taking his pacifier and can even swallow things. He’s crying and looking/ moving around. The doctors said he can’t but God is saying he will! We’re not anywhere close to being out of the fire yet but He’s taking care of us while we’re in it!”

Little Isaac is showing a true fighter’s spirit, and now Emma’s asking for all our prayers moving forward.

“Keep praying for miracles for our little Isaac!” she said. “He’s a fighter and God is in his corner!”

An updated post from Isaac’s GoFundMe Page states that the boy continues to survive despite brain swelling.

“In regards to the MRI we were a little off on our timing,” a post reads, “but those results showed some blood on the brain, some brain damage, and that little Isaac could possibly have Cerebral Palsy. This is only a possibility. Remember God is control, ALWAYS! We will send out another update after the procedure today. We are truly blessed to still have Isaac here with us, thanks to God, and all of your prayers.”

Join us in sending prayers for Isaac Hawkins. He’s in God’s hands now!