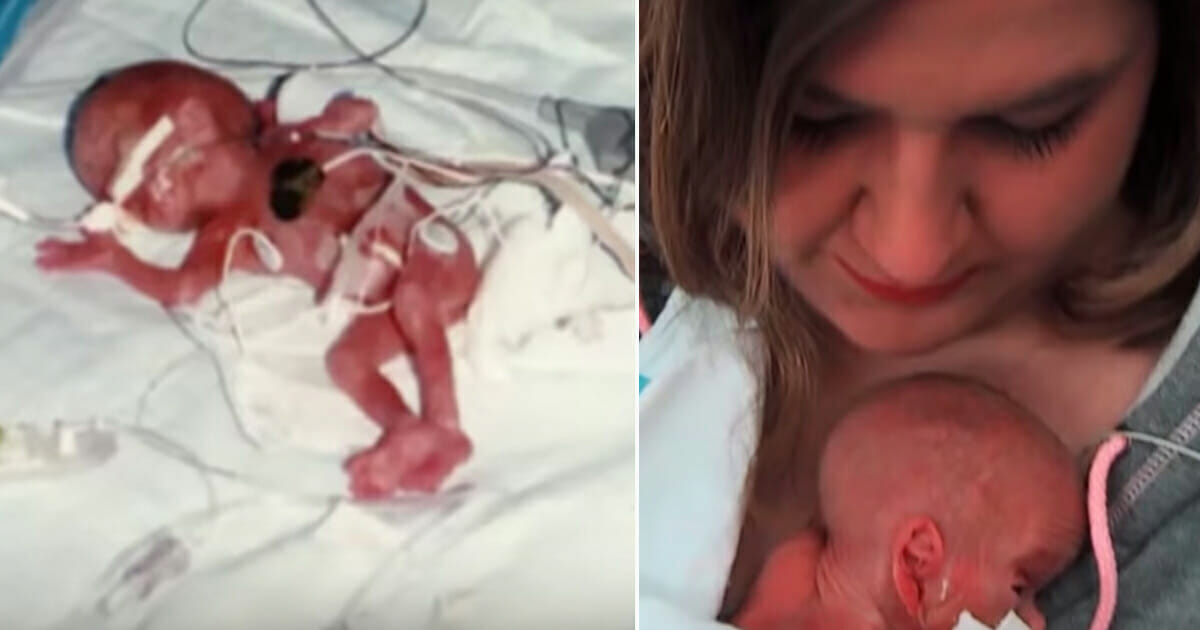 Tammy and Eric Koz had long harboured hopes of having a family together. For Tammy, though, it was a risk.

Tammy suffers from chronic lupus, an autoimmune disease that results in the body’s immune system attacking normal, healthy tissue. Doctors told the couple that Tammy was at greater risk of miscarriage because of the condition.

Even so, Tammy and Eric didn’t want to give up on their dream. Some time later, to their joy, they were told that Tammy had fallen pregnant.

Things were going well, right up until the day the couple were handed some devastating news: the baby wasn’t growing as it should, and it wouldn’t survive the full term of pregnancy.

A decision was made to take the baby out of Tammy at 27 weeks – doctors told her and Eric that the chances of the little one surviving stood at just five percent.

Due to her condition, Tammy was bedridden for large spells of her pregnancy. She would visit the hospital regularly for checks to make sure her little one was still alive, and to her great happiness there was always a heartbeat to be found.

In week 27, though, doctors determined they daren’t let the pregnancy continue further. They were going to have to deliver the baby via Caesarean section.

“The first thing I said was, is she alive, is she breathing?” Tammy told Oprah, when she appeared on her show in 2004.

And so arrived Tammy’s baby … Zoe.

Of course, Zoe was far from in the clear. Neither her parents nor the doctors knew if this little fighter would make it.

“The doctors didn’t know anything, they had never participated in anything like that. They guessed,” dad Eric told Oprah.

As it transpired, Zoe had plenty of strength and determination. She defied the odds and survived. Twelve years after her birth, she and her other family members returned to Oprah.

She said: “When I see myself as a newborn, I think: How could that have been possible?” Zoe’s mom concurs. She says her daughter continues to amaze both the family and medical professionals.

“Zoe has blown their mind,” Tammy said. “Every visit she goes to, the doctors just can’t believe how amazing she’s doing.”

What spirit and strength Zoe has demonstrated throughout the years. She really is an inspiration to us all!

Share this story if you want to wish Zoe well!