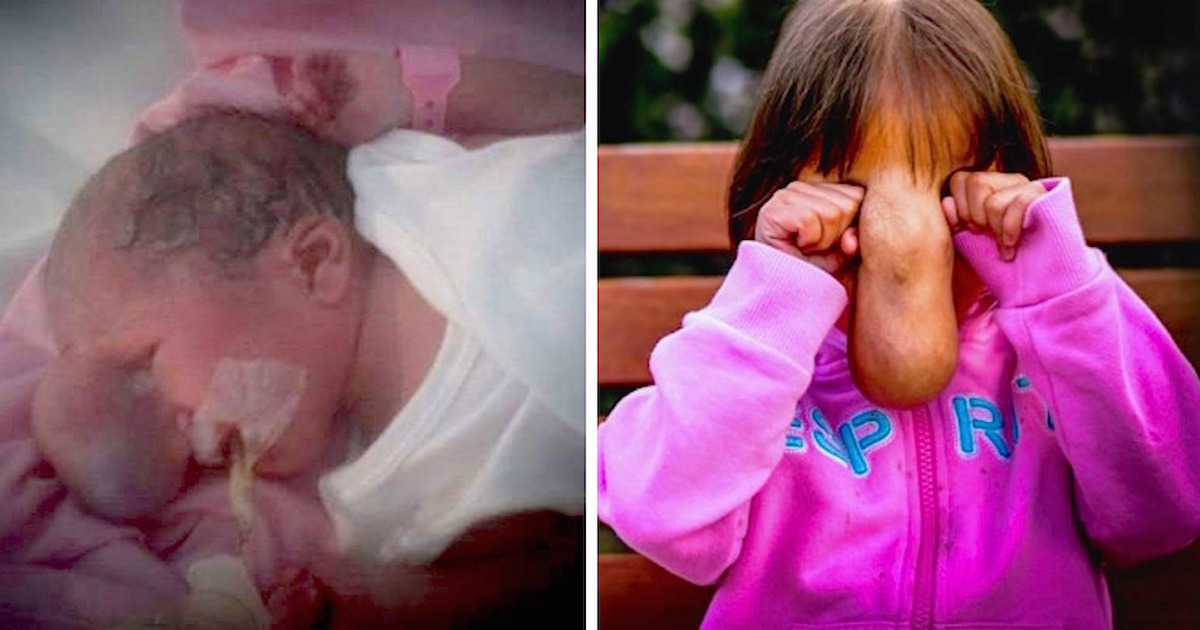 Stories like this one give me great faith in the goodness of humanity.

Little Angel was born with a birth defect that covered almost her entire face. And because of this, she was bullied badly. Angel’s parents sheilded their daughter by keeping her indoors, where she played with her siblings and cousins, hidden from the cruelty of other children.

For a long time, Angel’s chances of a living a normal life looked bleak. But then, a nonprofit organization offered to pay an operation that would make her a happy, healthy and confident young girl.

When Filipino Cypres Salon gave birth to her daughter, Angel, she was filled with joy. But when she heard a strange noise come from her daughter’s incubator, she quickly realized that something was wrong. Then, when the mother finally saw her newborn for the first time, she was shocked, and immediately blamed herself for what she saw.

Angel was born with encephalocele, a brain defect that occurs when the neural tube closes completely during fetal development. In Angel’s case, this meant she had an enormous hernia, or growth, on the middle of her face. The growth was so large that Angel found it difficult to see and participate in everyday activities.

The only chance for little Angel to have a normal life was for the growth to be surgically removed. Her mom and dad saved about $5,500 toward the surgery, but even if was successful, there were many risks involved.

Meanwhile, Angela’s growth was so large that other kids bullied her about it. Some of them even went so far as to call her a “monster.”

The harassment crushed Angel’s mom and dad so much that they chose to keep their daughter home to protect her from bullying. And on one of the few days that Angel was out in public, a boy went up to Angel to tease her and call her names, but Angel responded by gently patting the boy on the head and saying “Hello.”

Angel’s mom was filled with pride, yet also devastated by the incident. She wanted nothing more than to give Angel a good life. But surgery to remove the growth would cost close to $8,000 more than the family had saved.

Fortunately, the Children First Foundation heard about Angel and offered to pay for her surgery. So in September of this year, the nonprofit organization flew Angel and her father to Australia for an operation that would give Angel a chance at a normal life.

For four hours, surgeons worked to remove the 200 gram-growth from Angel’s face and then covered up the hole that the surgery left in her skull with a bone from the little girl’s hip.

The surgery was successful, and Angel who was already a positive girl, is now happy that she can see, smile, and laugh freely.

Children are our future and the most important thing we have. Please share this inspiring story to show that all children have the right to a good life.